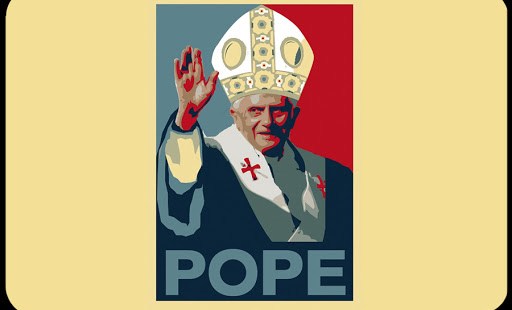 The media narrative that Pope Francis has rejected his predecessors continues to unravel as he endorses Benedict’s “hermeneutic of continuity” for Vatican II.

The narrative that Pope Francis has rejected his predecessors and is finally liberalizing the Church makes for good press, but two recent statements from Pope Francis add further weight to the interpretation that he has not abandoned “conservatives”, but is simply a plain old boring orthodox Catholic in line with his successors.

Pope Francis has written a letter for the 450th anniversary of the closing of the Council of Trent coming up in the first week of December. In it, he specifically endorses Pope Benedict XVI’s position that the Second Vatican Council must be interpreted with a “hermeneutic of renewal” or “continuity”, which views the council as a legitimate development in the Church’s doctrine, as opposed to a “hermeneutic of rupture”, which views the council as a rejection of what came before it. The letter is written in Latin, but here’s a translation of the relevant section made by Fr. John Zuhlsdorf:

“Harking closely to the same Spirit, Holy Church in this age renews and meditates on the most abundant doctrine of the Council of Trent. In fact, the “hermeneutic of renewal” which Our Predecessor Benedict XVI explained in 2005 before the Roman Curia, refers in no way less to the Council of Trent than to the Vatican Council. To be sure, this mode of interpretation places under a brighter light a beautiful characteristic of the Church which is taught by the Lord Himself: ‘She is a ‘subject’ which increases in time and develops, yet always remaining the same, the one subject of the journeying People of God’ (Address of His Holiness Benedict XVI to the Roman Curia offering them his Christmas greetings – 22 December 2005).”

The second statement concerns Archbishop Agostino Marchetto, well-known as a significant opponent to the “Bologna School” of Catholic theology which advocates for the “hermeneutic of rupture”. “[O]n the occasion of the presentation at the Campidoglio of a book in his honor,” Sandro Magister writes, again translated by Fr. John Zuhlsdorf, a letter from Pope Francis was read in which he called Archbishop Marchetto “the best interpreter of the Second Vatican Council”. Here’s the relevant section:

“I once told you, dear Archbishop Marchetto, and today I wish to repeat it, that I consider you to be the best interpreter of the Second Vatican Council. I know that this is a gift from God, but I also know that you made it bear fruit. I am grateful to you for all the good that you do for us with your witness of love for the Church and I ask the Lord that he reward it abundantly.

Pope Francis’ endorsement of Benedict’s interpretation of the council is significant since the idea that Vatican II was a hard break from the past is often used as justification by liberal Catholics for dissenting on a wide range of traditionally settled Church teaching. If Vatican II rejected certain aspects of the tradition, the thinking goes, maybe Catholics today can reject the tradition on hell, abortion, womenpriests, sexual ethics, or any other doctrine that does not conform well with modern secular liberalism.

“After Vatican II,” explains Ronald Rychlak, Butler Snow Lecturer and Professor of Law at the University of Mississippi School of Law, “some theologians and others spoke of the pre- and post-Vatican II Church as if they were two different entities, with different teachings and understandings. That is not the case. By putting his authority behind that truth, Pope Francis not only reaffirms that point, he may also be giving us a way to understand him. Many news accounts have suggested that our new pope was breaking with the traditional Catholic teachings of his recent predecessors. That was never the case, and this statement makes that very clear.”

John Bergsma, Associate Professor of Theology at Franciscan University of Steubenville, says Francis’ endorsement of Benedict’s “hermeneutic of continuity” in interpreting the Second Vatican Council indicates commentators should use the same principle to understand Francis’ relationship to Benedict.

“[T]here is greater continuity between Benedict and Francis than the media lets on. […] [We] should interpret Pope Francis' words and actions with a hermeneutic of continuity with the pontificate of Benedict XVI. Many have already pointed out that some of Francis' more ‘daring’ or ‘progressive’ comments were already anticipated by Benedict. Benedict, for example, said that we need to evangelize in love, not immediately condemn people for not following the moral law. But he wasn't heard. Benedict also first visited the juvenile detention center that Francis later made famous as the site of his first Holy Thursday Mass. So there is much more continuity between these popes than has previously been recognized.”