A House Divided: The GOP in a State of Civil War 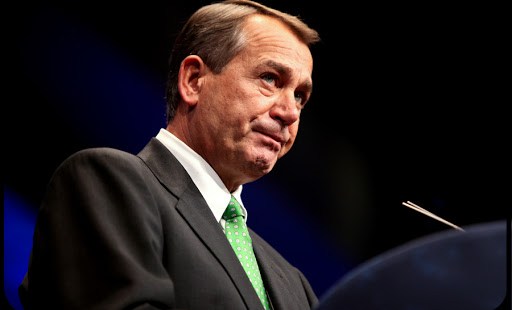 Tea Partiers have expressed their anger at the situation and with the Republican leadership in particular, calling it “another example of D.C. elitism.”

Sparks are flying between the two warring factions of the Republican Party. On the one hand, you have the establishment – the “old guard” of the GOP to which most of the party’s leadership belongs. On the other hand, you have the Tea Party – an ideological wing of the party committed to smaller government and greater individual liberties. The Tea Party has enjoyed a rise in influence in Washington as more and more of its members are being elected to Congress, Sens. Rand Paul (KY) and Ted Cruz (TX) being the most prominent among them.

The source of the tensions is debate over taxes and government spending. Tea Partiers have been known to stymie the legislative process by any means at their disposal as a way of frustrating the efforts of their opponents – both the Democrats and more moderate members of the GOP.

But House Speaker John Boehner is now taking aim at the Tea Party, whose latest efforts have been directed toward derailing a bipartisan budget proposal drafted by Rep. Paul Ryan (R-WI) and Sen. Patty Murray (D-WA) – a deal which has been well received by leaders of both parties. Unable to find a cooperative hand amongst the Tea Party element of the GOP, Boehner has turned to the other side of the aisle in hopes that his agenda can move forward.

When asked about the Tea Party’s opposition to the bill last Thursday, Boehner replied, “I don’t care what they do. … Frankly, I think they’re misleading their followers. I think they’re pushing our members in places where they don’t want to be. … And frankly, I just think that they’ve lost all credibility.”

Tea Partiers have expressed their anger at the situation and with the Republican leadership in particular, calling it “another example of D.C. elitism.” Jenny Beth Martin, co-founder of Tea Party Patriots, said, “They think they know what’s best for the rest of the country, and they want the rest of us to just sit down and shut up.”

As relations between these two sides of the Republican tent continue to fester, it remains to be seen whether the GOP will be split into two competing parties, paving the way for easy Democratic victories in the face of a disjointed opposition.