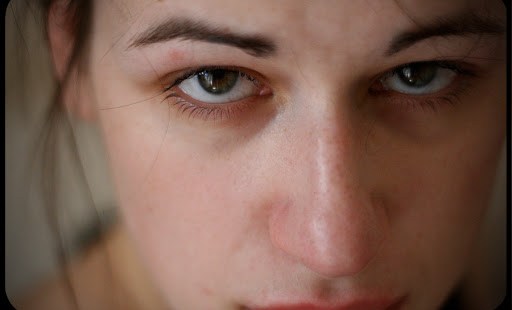 Loving our enemies is every bit as complicated as any friendship — and demands as much work.

Today, Aleteia is very pleased to officially welcome another of our new regular contributors, Stephen Herreid, whose column will appear each Thursday. Stephen is currently a Fellow at the John Jay Institute (Philadelphia) and the arts editor for Humane Pursuits. He has been a Contributing Editor to The Intercollegiate Review Online and has contributed several chapters to the latest edition of ISI’s Choosing the Right College.

The other day, I got a chance to do something I haven't done since college: I sat down and watched Youtube videos late into the night. Two videos really stayed with me. The first was a Christian video about love, aiming, I suppose, at bettering the effectiveness of Christian evangelism. In the beginning of the video, the host complains that Christians are always ignoring Christ's command to love our enemies. Then a young group of Christian artists demonstrate how we always complicate the matter until we feel justified in being cruel to our enemies out of hatred or fear. In a brief skit, a father instructs his son to be tough and stick it to his enemies. The boy replies “But I thought you always told me to love my enemies.” The father is stumped for a moment, then stammers out his justification. “It's tough love. Yeah, that's it, it's tough-loving your enemies.” The video cuts back to the host, who rolls his eyes. “Jesus wouldn't want us to live with hate or fear,” he insists. “I know it's a really uncomfortable thought, but what if the only complicated thing about loving our enemies … is that it's not complicated?”

The real uncomfortable thought is that loving our enemies is every bit as complicated as any friendship (think of your least-favorite relative or friend of your spouse's) — and demands as much work. In a time that many Christian leaders now call “post-Christian,” with state and culture stacked against us, I've always been surprised to hear Christians admonishing each other for being “uncharitable” to the world far more often than I hear voices raised in righteous indignation against the enemies of Christ.

“Tough Love”: The Stuff of Saints

But we don't have to search the history of the Church very thoroughly to find examples of love that wouldn't seem “charitable” to many of us today. Look to find love in St. Nicolas whacking Arias in the face (love of Christ the God-Man, whose divinity Arias denied), or St. Peter striking a husband and wife dead with lightening-bolts for lying about their income (love of Christ the Truth and the community that this couple had deceived) — not to mention Christ overturning tables and calling the first pope “Satan” to his face. Surely, Christ and the saints weren't all acting out of vice. Once we see love in these varied shades, we see the complexity of the command to “love thy enemy.” It is not so simple as speaking softly or being nice to those who taunt us. In fact, we cannot risk equating love with common kindness.

St. Paul writes: “The wrath of God is being revealed from heaven against all the godlessness and wickedness of people, who suppress the truth by their wickedness, since what may be known about God is plain to them, because God has made it plain to them.” According to the Apostle, “God’s invisible qualities — his eternal power and divine nature — have been clearly seen, being understood from what has been made, so that people are without excuse.” Paul is writing about all people. It seems that God refuses to be ignored even by the pagan, whom he presses with the unavoidable responsibility that comes with being human, namely to come to know the truth and to conform one's life to it.

So What Are We to Do?

It would be a mistake to desire above all else simplicity and the avoidance of confrontation. It would be all the worse to confuse these two desires with virtues, and worst of all to conflate them with charity. Charity calls for an urgent concern for the advancement of wisdom in one's neighbors. In the Book of Proverbs, wisdom cries out to “all mankind” and can be found in “public.” Wisdom is that “truth” and conformity with truth that St. Paul presents as the eternal standard by which all men can be judged. But this wisdom is accessible to “all men,” who are “without excuse” in their responsibility to strive for it, whether they have the benefit of revelation or not.