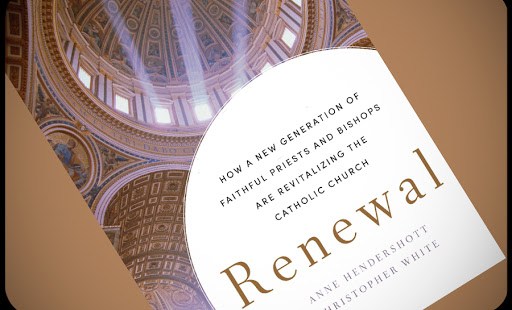 “The priesthood is growing. There are also vibrant signs of life among the laity and throughout the Church. Those stories need to be told,” says Christopher White.

The story of the U.S. Catholic Church in the early 21st century is one of excitement and renewal, say two authors of a book that examines successful dioceses, bishops and priests.

“The priesthood is growing. There are also vibrant signs of life among the laity and throughout the Church. Those stories need to be told,” Christopher White, the director of education and programs at the California-based Center for Bioethics and Culture, told CNA Dec. 12.

White is the co-author of “Renewal,” a new book from Encounter Books which makes the case that Catholicism is recovering from decades of “faithless practice” and confusion.

He said this recovery is especially evident in parishes that express “a stronger Catholic identity.”

His co-author, Anne Hendershott, who is a sociology professor and director of the Veritas Center for Ethics in Public Life at Franciscan University of Steubenville, said writing the book has given her new appreciation for U.S. Catholicism.

“I haven’t been as excited about the religion as I am now,” she said. “There have been times when I was discouraged and I believed the media presentations of the religion as being in decline.”

The book “Renewal” focuses on areas where the Catholic Church is showing revitalization. Ordination rates to the priesthood are at a 20-year high, and the average age of new priests continues to decline. Ten years ago, the Church struggled under the weight of the clergy sexual abuse scandal; now many seminaries are at full capacity.

The new generation of priests consists of men who are “wholly committed” to their vocation and consider celibacy “a grace and benefit to ministry,” White said.