Pope: Marriage Cannot Be Based Simply on Emotional Satisfaction 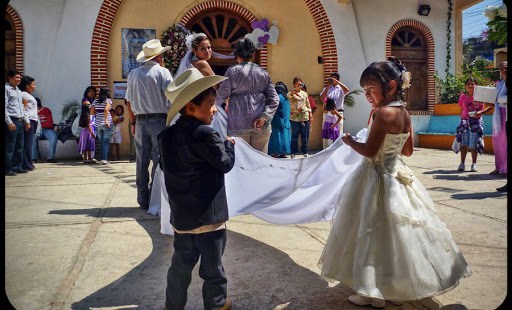 “Today marriage tends to be viewed as a form of mere emotional satisfaction that can be constructed in any way or modified at will,” the Pope said.

Speaking to the Polish bishops last week, Pope Francis encouraged a stronger understanding of marriage, accompanied by a merciful attitude toward those in difficult family situations.

“Today marriage tends to be viewed as a form of mere emotional satisfaction that can be constructed in any way or modified at will,” the Pope said. “Unfortunately this vision also influences the mentality of Christians, promoting a tendency toward divorce or separation.”

He encouraged pastors to consider how they can help those who are divorced “so that they do not feel excluded from God's mercy, from the fraternal love of other Christians and the solicitude of the Church for their salvation; on how to help them not to abandon their faith and to enable them to raise their children in the fullness of Christian experience.”

Pope Francis’ words came Jan. 7 at the Vatican’s Clementine Hall in an address to the bishops of Poland, who were in Rome for their ad limina visit, a trip that bishops must make every five years to discuss the state of their dioceses with the Pope.

Continuing to reflect on families, the pontiff stressed the importance of improving marriage preparation for young people, “in such a way that they can discover more and more the beauty of this union which, well-founded on love and responsibility,” is able to overcome trials and difficulties through mutual forgiveness.

“One has to consider,” he added, “how to help families to live and to appreciate both moments of joy as well as of pain and weakness.”

The Holy Father had begun his address looking forward to the April 27 canonization of Bl. John Paul II, whom he said “has given us a shining example of total abandonment to God and to his Mother, and of complete dedication to the Church and to mankind.” He also pointed to the late Pope’s example of communion among bishops, highlighting the importance of their unity.

“During our encounter these days I have had confirmation that the Church in Poland has great potential for faith, prayer, charity and Christian practice,” he said, thanking God that the Sacraments are frequented in Poland, and that there are good initiatives for the new evangelization and catechesis, as well as many priestly vocations.

However, he also noted “a certain decline in various aspects of the Christian life,” referencing an idea of limitless freedom, distrust of truth and “resistance to the Church's legitimate opposition to prevailing relativism.”

This situation calls for “discernment, a search for underlying reasons and for ways to face new challenges,” he said.