On the Resurrection of the Damned 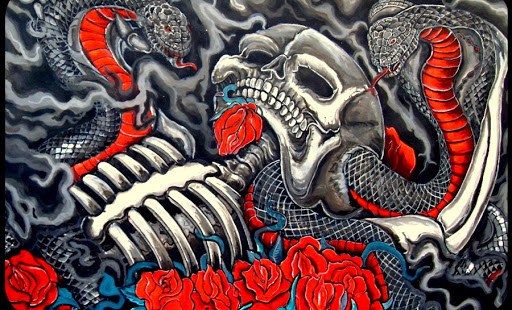 There will be judgement for everyone some day.

“A philosophy that avoids the problem of evil,” Nicholás Gómez Dávila’s aphorism reads, “is a fairy tale for gullible children.” But if we bravely confront this famous “problem” to avoid any taint of “gullibility,” we run head on into the issue of proper punishment for evil. We also need to know if what is called good is in fact evil, or if what is evil can be called or legislated into a good. Plato had long ago taught us that, by any reading, not all evils are punished in this world, nor are all good deeds aptly rewarded. It follows that, unless the soul is immortal, the evildoers usually get by with their crimes. Many good deeds also go unrewarded. Is this situation intellectually tolerable? And if not, what might be the consequences of any claim that ultimately all unrepented evils are punished?  In what does their punishment consist?

But why is a “repented” evil not punished? Obviously, some connection must be made between the one who is punished and the act that requires punishment. This relation means that the guilty person must be free to do or not do what is punished. If he is simply “determined” to do something, obviously it is unjust to punish him. But the word “unjust” has no meaning in an unfree or determined world. In a relativist world, nothing can be said to be right or wrong unless we make it so for ourselves alone. This position conveniently makes everything subjective. If whatever we do is right because we do it, no one can do anything wrong. So any punishment in such a world would be unjust — whatever unjust might mean in a world in which what happened had to happen.

In our common understanding, the distinctions between good and evil, just and unjust things are not subjective; we discover them. They indicate to us how things are, how we must be and live. Dávila implies that the failure to consider the implications of evil is serious. He also intends that we should concern ourselves with its consequences. We are to “examine” our lives in their light. Most often, we fail to consider evil and its consequences because we do not want to give up doing what is evil. We assume that if we do not think about evil and its consequences, they will go away. They won’t. And this worry of a sense of evil in our souls cannot help but puzzle us, upset us.

Let me approach this topic from another angle: I am ultimately concerned here with the resurrection of the damned. Why are we not simply left with soul? Why does it not just perish and disappear? Why must it be “resurrected” as a whole person? Some maintain that no one is in hell, so it is a moot question. But that view seems oblivious to the unsettling record of humanly caused evil in this world. If our evil acts have no consequences whatsoever, we trivialize any real moral or graced effort. If everyone is simply “saved,” no matter what he does or believes, what difference does it make what we do? But, initially, I want to point out that it is a good thing to be concerned about these seemingly remote or improbable issues. As it turns out, they are neither remote nor improbable. Without them, we cannot explain fully what we are.

In regard to our concern about these things, Psalm 37 tells us “non ambulari in malignantibus” (“not to fret because of the wicked”). In this passage, I have often been struck by its advice about the “wicked”; it does not quibble about the obvious fact that the “wicked” exist and that we recognize evil. Also, the verb translated as “fret” in this passage always seems so vivid. The Latin simply says that we should not “walk among those who do evil.” The New American Bible has “do not be vexed over evildoers.” To “fret” seems more jumpy than to be “vexed,” though I like that word, too. Nor are we to “envy those who do evil.” Why not? “They wither quickly, like the grass.” We are not to “fret over the man who prospers, a man who makes evil plots.” We are told frankly: “Those who do evil shall perish.” Somehow, this consequence strikes us as logical. We would expect nothing less, even though the “wicked” can be around for a longer time than is intimated here. And the opposite statement — “Those who do evil shall be blessed” — seems quite wrong. Why? Because a standard that everyone recognizes seems available to all of us. If it makes no immediate or ultimate difference what anyone does, we have no common ground by which we can talk to one another or live together.