Girls and Sex: The First Time No Longer Matters 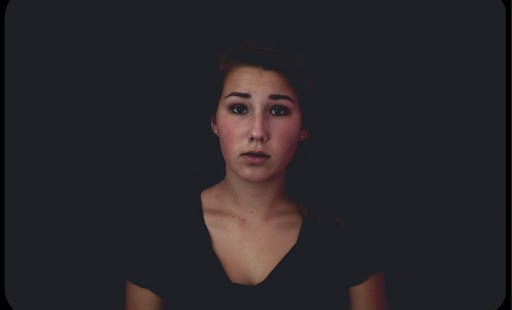 An interview with Dr. Federico Bianchi di Castelbianco, a leading psychologist and psychotherapist in Italy specializing in child development.

With this expression, an Italian high school girl declared to everyone in her school’s volleyball courts – in a rather urbi et orbi manner, if you will – that she was no longer a virgin. In a recently published article on the subject in Italy’s Fatto Quotidiano, however, this was perhaps the only euphemism that one might read. The world described in that piece is one in which pre-adolescent girls engage in sexual experiences with a disconcerting casualness – all the while exhibiting a certain aggressiveness against their male counterparts – for no other reason to claim bragging rights about it with their peers. It is a sort of “social sex,” composed of pre-written scripts that are put into practice in a nonchalant way, all for the sake of status. But how does this maelstrom of hormones and emotions, so heedlessly thrown to the wind, impact the sensitivities of these young women? Aleteia spoke with Dr. Federico Bianchi di Castelbianco, a leading psychologist and psychotherapist in Italy specializing in child development.

Dr. Bianchi, according to this study, virginity appears to be seen as a burden by young girls. Is this really the case?

This research has brought up a valid point, but that is of little significance unless we take the big picture into account. Let me explain: at one time – say about twelve years ago – losing one’s virginity by the end of high school was the trend. After that, it dropped to 16 years old; now, it stands at 14. But the question we should ask ourselves is: where is this consistent trend coming from? If we see the issue of sexuality as a whole, we must start from a premise that is what gives rise to many consequential situations. In talking to the young – by this I am referring to a study we did on thousands and thousands of youth of both sexes – we saw that boys, for a few years now, have been separating sexuality from any notion of consequence. This is the root of the problem.

The hook-up culture has led to the prevalence of “friends with benefits” – that guy or girl that one might call for a sexual romp with the understanding that there would be no emotional connection between the individuals beyond that. This showed that there was a mutual choice, conscious and clear, to keep sexual expressions free of emotional attachment. That moment when sex can be declared an affectionless activity, it becomes nothing more than a more or less physically gratifying gymnastics routine. Obviously, if that is the case, the shedding of one’s virginity becomes all the better, because it holds no value in such circumstances. This mentality places no value in the sexual act itself. So if a girl happens to have sex with four different people in a week, she regards it as if she went to dance with four different people. The act does not have any emotional value.

It so happens that many parties and other seemingly amicable encounters become opportunities to engage in sexual activity devoid of any connections to consequences. One “game” they might do, for example, is to hide in the closet, and then whatever happens happens. Or everyone kisses everyone, without exception. There’s another element worth noting, too: before, homosexual experiences were more frequently seen in males than in females, since males were the ones who would typically go to college, engage in military service, etc. But today, the rate of female homosexual activity has risen to nearly the same level. The only determinant of whether one continues to engage in such behavior is whether one perceives it as having been an experience worth repeating – that is, how did the experience feel for this individual? There is no sense of right or wrong in all this; it is simply a measure of physical pleasure.