Why Catholics Love Evolution and the Big Bang 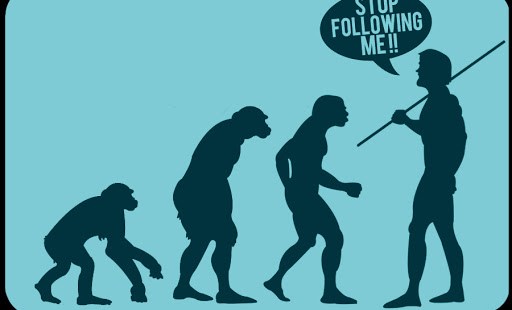 FOX’s reboot of Carl Sagan’s “Cosmos” series may not be everything we would like it to be, but not for the reason you might think.

The title of this article is not meant to be facetious. Catholicism is in love with theories of evolution and the Big Bang. We have no reason to join the recent protests by our fellow Christians, made in the name of Biblical accounts of creation, against FOX’s new documentary series, “Cosmos.”

Those who would expect Catholics to join other Christians in condemning the show, hosted by the American Astrophysicist Neil deGrasse Tyson, might well be wondering why we want to make our love for evolutionary and Big Bang theories plain.

I’ll try to explain in a moment. But first, consider these brief excerpts from two important documents:

“Today…new knowledge has led to the recognition of the theory of evolution as more than a hypothesis.  It is indeed remarkable that this theory has been progressively accepted by researchers, following a series of discoveries in various fields of knowledge.  The convergence, neither sought nor fabricated, of the results of work that was conducted independently is in itself a significant argument in favor of this theory.”

That’s Pope John Paul II, from a 1996 message to the Pontifical Academy of the Sciences, in which he affirms evolutionary theory “as more than a hypothesis,” and indeed the best account we have of the emergence and material development of species.

Consider now this passage from a homily Pope Emeritus Benedict XVI gave on the Feast of Epiphany 2011:

“We must not let our minds be limited by theories that always go only so far and that — at a close look — are far from competing with faith but do not succeed in explaining the ultimate meaning of reality. We cannot but perceive in the beauty of the world, its mystery, its greatness and its rationality, the eternal rationality; nor can we dispense with its guidance to the one God, Creator of Heaven and of earth.”

The context of this passage–a meditation on the star followed by the Magi to the manger in Bethlehem–strongly indicates that Benedict, when he mentions “theories that always go only so far,” is thinking about Big Bang theory. And at first blush he might seem to be rejecting Big Bang theory. But read on. He goes on to say that such theories “are far from competing with faith.”

Which brings us to the reason why Catholics not only have no problem with, but positively love theories of evolution and the Big Bang. It simply comes down to the fact that Catholics are in love with truth, and that they believe truth is fundamentally unified, and therefore that scientific truth, as truth, cannot contradict theological truth.

In other words, Catholics believe in the absolute harmony of faith and reason.

Which is why we’re absolutely unafraid of, in fact embrace, the best-supported scientific theories out there.

Another key thing to understand about the Catholic view of science is that it understands theories of evolution and the Big Bang to operate on the level of “material causality.” Evolutionary theory, for example, explains how species come to be and, at times, pass away. Big Bang theory explains how matter first got banging around the universe. Both theories, however, fall short of saying everything that might be said, in particular about human beings.

As Pope John Paul II observes in the message to the Pontifical Academy of the Sciences noted earlier, evolutionary theory doesn’t explain how man is made in the image and likeness of God with an intellectual soul that can survive the death of the body. And that’s okay, because such explanation is a philosophical and theological task, not the task of the scientist.

Similarly, Big Bang theory doesn’t explain the most important thing about the universe, namely, why it exists at all, as opposed to not existing. Big Bang theory says nothing about the loving activity of God in creating the cosmos out of nothing. And that’s okay, because such explanation is a philosophical and theological task, not the task of the scientist.