The HHS Mandate: Who’s Oppressing Whom? 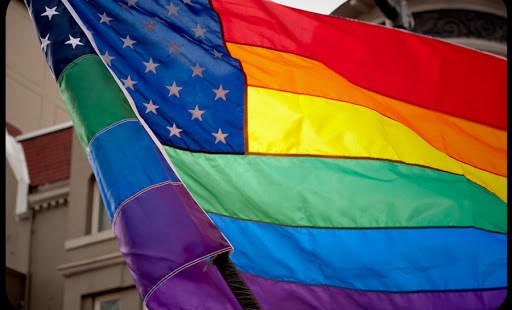 Can anyone honestly argue that Hobby Lobby and other Christian-owned businesses are in the position of power?

Among the many articles written prior to the oral arguments at the Supreme Court for the Hobby Lobby v. Sebelius case, this piece from UCLA law professor Adam Winkler in the Huffington Post was, to me, the most interesting.  In it, he argued that a Hobby Lobby victory would allow businesses to deny certain services to homosexual clients on the basis of the business owner’s religion. Professor Winkler perceives this to be an entirely negative development.

Perhaps the central issue in Hobby Lobby v. Sebelius is the question of whether corporations are “persons” who can engage in the free exercise of religion under the Religious Freedom Restoration Act.  During last Tuesday’s oral argument, the more liberal justices expressed their fear that businesses could make spurious objections to any number of legal requirements and mask them as “religious objections”; meanwhile, the conservative justices were worried that there would be no means for business owners to express a religious objection to a law forcing them to violate their consciences in their business practice.

As I argued last week, I believe that corporations are important mechanisms for allowing individuals to enter into public life and to act within the market.  To state that a corporation does not have a right to exercise religion actually inhibits people from participating in commerce, and it would unfairly drive certain minority religious viewpoint holders completely out of the market.

Professor Winkler does not find such ideas to be convincing.  He is clearly much more concerned about the effects of corporate religious objections upon third parties—in his case, the homosexual customers of potential religiously-objecting businesses.  He argues that to recognize a corporate right to free exercise of religion would enshrine in the Constitution a legal regime similar to the proposal recently defeated in Arizona, which would have allowed businesses to choose not to serve clients in a way that affirms their homosexual lifestyles.  Professor Winkler referred to the proposed Arizona bill and other proposals similar to it as “Jim Crow-like laws.”

I find Professor Winkler’s motivations, as I perceive them, to be genuinely noble, in spite of my disagreement with him.  He is clearly concerned with assistance to a group that he sees as victims of unjust discrimination from a more powerful societal entity.  He is fighting on behalf of homosexuals against businesses, for the little guy against the powerful corporate entities.

If I could talk to Professor Winkler, my questions would be the following:

Look at the situation of the gay rights movement within the United States today.  As you well know, this movement is more powerful than ever before, having behind it the weight of academia, half of Congress, the media, the President of the United States, and most major corporations.  As you are well aware, federal judges are overturning state laws that define marriage as being between one man and one woman left and right.  The Supreme Court itself just overturned the Defense of Marriage Act, and it is not inconceivable that it could go a step further and overturn state laws that define marriage as between one man and one woman.

Given the profound momentum the gay rights movement has, don’t you think that our society is going to be accepting enough of homosexuality to deal with the possibility of isolated, private “anti-gay discrimination” through private remedies, without legislation?

Professor, a few Evangelical bakeries choosing not to bake cakes for gay weddings are not going to make homosexuals second-class citizens.  Almost all religious business owners are perfectly amenable to serving gay clients—it’s in their economic interests to do so.  Some of them, however, simply don’t want to engage in certain, limited activities where they are directly affirming a gay person’s private conduct as normative or good; most of them are involved somehow with the wedding industry.  For these reasons, I cannot foresee any real, serious economic discrimination resulting in any cognizable harm to homosexual persons, beyond them needing to go to a different bakery for a wedding cake.