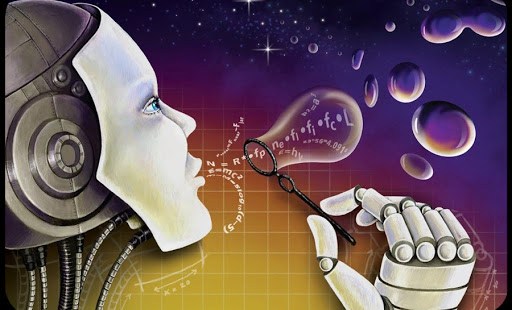 And we’ve known about their existence for some time now…

Former US President Bill Clinton has been discussing alien forms of intelligence with television host Jimmy Kimmel. NBC reports here that Mr Clinton had his aides investigate the famous “Area 51” in the Nevada desert to “make sure there were no aliens down there.”

Clinton went on to wonder if aliens exist reasoning that with the size of the universe and the existence of other planets he “wouldn’t be surprised” if aliens one day visited earth.

Many people will be surprised that the Catholic Church has a strong interest in the life of outer space. With her own observatory based at the papal summer residence of Castel Gandolfo, the Vatican encourages the study of the cosmos. The Catholic star gazers are also involved in the Mount Graham International observatory in the United States, and the priestly astronomers have links with Pope Francis.

The director of the observatory is Father Jose Gabriel Funes–not only a fellow Jesuit, but a fellow Argentinian. An adjunct scholar of the observatory, Fr Michal Heller, won the Templeton Prize for progress in religion in 2008, and the George van Biesbroeck prize for achievements in astronomy was awarded in 2010 to the observatory’s former director, Fr George Coyne.

The Catholic Church has had an interest in astronomy for a long time. In 1582, for example, the Gregorian Calendar, which is now used worldwide was calculated by a Jesuit Christoph Clavius. The observatory was been re-located over the years and the Vatican’s involvement in the international observatory, as well as the eminence of her priest scientists, is a reminder that the Catholic Church is not anti-science or opposed to scientific exploration and discovery.

Does that include SETI – the Search for Extraterrestrial Intelligence? Yes it does. Just last month the Vatican teamed up with the University of Arizona to host a conference in Tuscon for over 200 scientists. Headlined, “The Search for Life Beyond the Solar System: Exoplanets, Biosignature & Instruments”.  The conference explored the technical challenges of finding and imaging exoplanets and identifying biosignatures in the atmospheres of far-flung worlds.

Will we discover intelligent life on other planets? Perhaps. The question raises not only further scientific questions, but further theological questions. Would alien creatures have souls or would they be in the category of animals? If they have souls would they be like humans with the choice of immortality or would they be of a completely different order of soul, mind and intelligence?

This purely physical approach to the question is itself, extremely limited. In fact there are many more possibilities once we move beyond merely physical realms of existence.  While we explore outer space, humans have also always explored “inner space”–what might be called the spiritual realm. This is a realm that is invisible to the human senses, but nevertheless very real.

Once we open our minds to the possibility of non-physical dimensions of reality, the Catholic faith definitely affirms the existence of what might be termed extra terrestrial intelligence. These alien beings are exist outside the boundaries of our physical perception while having the power to interact with physicality. Traditionally these alien intelligences have been called angels. The angels that have fallen into evil and are opposed to God are called demons. Down through history, mystics, visionaries and those with psychic gifts have recounted their encounters with these non-human intelligent beings.

The Catholic answer to Mr Clinton is therefore, “We’re searching the heavens with the tools of science, but we’re already aware that aliens have been with us from the beginning. They’re called angels and demons, and not only are they here, but they’re involved in human affairs, and furthermore– it matters which ones you side with."

Fr. Dwight Longenecker’s latest book is The Romance of Religion–Fighting for Goodness, Truth and Beauty. Visit his blog, browse his books and be in touch at dwightlongenecker.com