Boy, Was I Wrong About “The Passion of the Christ” 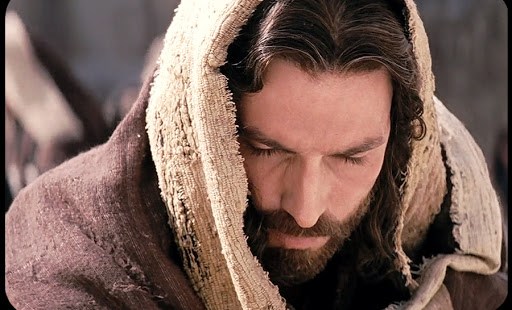 And I’m glad I was, because it kept my family from starving and living in our car.

On Palm Sunday night, April 13, the UP-TV network will air the commercial television debut of The Passion of the Christ to mark the 10-year anniversary of the historic film’s theatrical release.

The debut brings back memories of a fascinating time both in the cultural history of the Church, but also for me personally since I was, due to my work in Catholic media, perpetually two degrees of separation from the film and a number of the personalities involved, as well as very interested in the impact of the film on the larger culture.

In 2004, I was working as a writer for CatholicExchange.com.  We were a sputtering website in those days, having launched in the late 90s at the height of the dotcom boom, we had experienced the bursting of the dotcom bubble with as much trauma as anybody.  Our staff had been cut down from 60something to almost nothing.  I was one of the few survivors, mainly because I was creating a huge amount of the content.

CE hired a new president, Tom Allen, who set about reviving our fortunes.  One of the things Tom was involved with outside CE was this strange new project that (to be honest) I assumed had no future: a film in dead languages focusing entirely on the Passion of Jesus Christ.  The only thing that gave me pause about the certainty of its doom was the director:  Mel Gibson, who was a box office powerhouse.  But even then I didn’t pause much because, come on: an entire script in Latin and Hebrew about a man being tortured to death? Even Gibson had joked somewhere that he thought he had succeeded in creating the ultimate anti-date movie: too violent for women and too religious for men.

Tom was brought on board by Gibson to help find investors for the film (you can see his name close to the end of the credits).  To be brief, he succeeded.  So periodically I would hear from him how the film was going.  Tom wasn’t present at the shoot, but he spent a lot of time in Gibson’s office working on budget stuff. That was one of my two-degrees-of-separation connections.

In addition, as a Catholic media type, I had lots of friends who–throughout 2003–would periodically email me to excitedly announce that they had been invited to a private screening of a rough cut of the film.  As time went on, it got to be a joke and it felt like everybody–including my barber and the guy who always offers to put pepper on your Caesar salad (what’s up with that anyway?)–had been invited to their own personal showing of the film, with Gibson serving popcorn to all, tucking them in, and then doing their dishes before quietly leaving their house that night.

Not that I was envious of them and their stupid luck or anything.

At any rate, as 2003 moved into 2004 and the launch of the film in February approached, Tom was contacted by Matt Pinto at Ascension Press with an idea for a book called A Guide to the Passion: 100 Questions About The Passion of the Christ.  The idea was for Ascension and CE to jointly create and publish a short companion to the film, partly to help viewers understand the story and its meaning from a Catholic perspective, and partly to help people with no familiarity with the gospel, yet who found themselves attracted to Jesus, have some idea what to do next.

Tom was intrigued by the idea.  As he drove around his home town of San Diego, he thought, "Every Baptist and his brother is going to have some evangelistic outreach coordinated with the release of the film.  What are we Catholics doing?  Well, nothing.  We’re Catholics.  We don’t evangelize."

This struck Tom as a massive wasted opportunity, so he went to Gibson with the idea and Gibson gave it his blessing.  Tom drafted a pile of questions and answers in January 2004 and then started recruiting a couple of other people on the project.  Matt Pinto created some questions and answers, and Drs. Marcellino D’Ambrosio and Paul Thigpen made contributions as well.