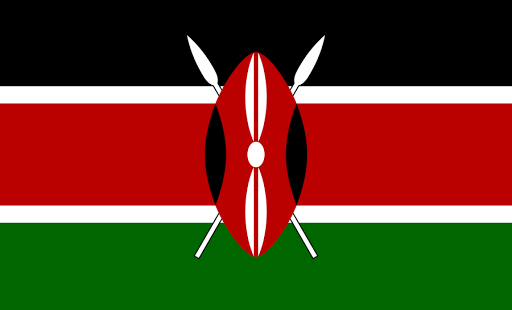 Christians in Kenya are bound to be looking over their shoulders as they enter Holy Week this year. Gathering in large crowds to recall the passion, death and resurrection of Christ, they will be thinking of recent terrorist attacks in the East African country—and hoping that their own congregations won’t be the next target.

According to a report on the website of Mission Network News this week, the Kenyan government is worried that a recent wave of small-scale bomb and gunfire attacks indicates that a large-scale terrorist assault may be imminent.

Many in the country suspect the attacks are the work of fundamentalist Islamist groups. The article noted that several of the recent attacks and foiled plots targeted Christian churches. A March 31 bomb attack in the Nairobi suburb of Eastleigh led to the government arresting hundreds of illegal aliens in the country and detaining them until their identity could be verified. Many were deported back to Somalia.

But the interfaith group Coast Interfaith Council of Clerics, of which the Archdiocese of Mombasa is part, issued a statement March 31 saying the violence is “wrongly being associated with religions.”

“Islam is essentially a religion of peace, and individual extremist Muslims have no authority to speak on behalf of Muslims,” said the group, which also includes the Council of Imams & Preachers of Kenya and the Supreme Council of Muslims of Kenya.

“We urge Kenyans to reject the narrative that Muslim and Christian cannot live peacefully together. Such a narrative is being propagated by some Muslim and Christian groups to justify recruitment and training of religious warriors in Africa and elsewhere,” the statement said. “We implore upon the government to take swift measures to end all forms of violent manifestations being associated with religious extremism before our country slides deeper into an open sectarian war as already being witnessed in some parts of Africa.”

Said Father Wilybard Lagho, vicar general of the Mombasa Archdiocese and chairman of the CICC, in an email April 10, “A group of Muslims calling themselves true Muslims and followers of the late Aboud Rogo and Makaburi have recently taken over and renamed two mosques in Mombasa”—one of them to Masjid Mujahedeen. “The new imams…openly call upon their followers to kill the infidels in the streets, including Muslims they accuse of collaborating with infidels. They certainly extol their members to join the Jihad in Kenya, Somalia and anywhere…and ensure that Muslims are not ruled by infidels.”

Father Lagho said that a number of prominent Muslim leaders in Mombasa “openly admit during our CICC board meetings of living in fear of the radicalized groups, and this in turn makes the rest of us feel even more insecure…. The majority of people, including Christians in Mombasa, are worried, especially as we approach Easter week, which includes Palm Sunday outdoor procession and Good Friday outdoor Way of the Cross.”

Irish-born Sister Mary Owens, IBVM, executive director of Nyumbani Children’s Home, Kenya’s first and largest facility for HIV-positive orphans, downplayed the religious aspect to the violence. “Christian churches have been attacked, and consequently Christians will be fearful,” she said in an April 10 interview. “But from what we understand it’s a political situation. Kenya entered Somalia in October 2011 because there had been kidnappings and also one person was murdered—on the plea that they were going in to protect their borders, to drive back [Islamist group] al-Shabaab…. So we think this is retaliation for Kenya entering Somalia.”

She indicated that the terrorist attacks have been against not only churches but other places where people gather in public, such as malls and restaurants. In September 2013, more than three score of people were killed in an al-Shabaab attack on Nairobi’s upscale Westgate Mall.