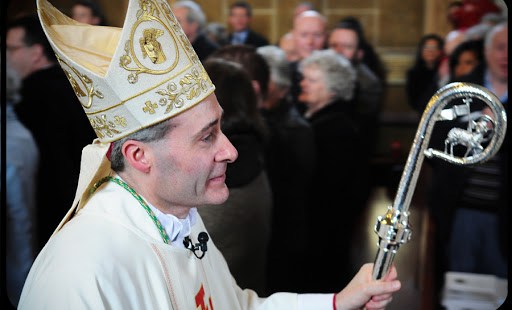 Catholic Bishop Mark Davies of Shrewsbury, England, has warned that a British proposal to legalize assisted suicide would change “long-established laws which uphold the sanctity of human life” and put the weakest in society at risk.

“It is hard to understand that, at a time when there has been so much public concern about the care of the most vulnerable in our hospitals and care homes, we would be contemplate weakening, rather than strengthening the legal protection offered to some of the weakest and most vulnerable,” the bishop said in his Easter Morning homily at Shrewsbury Cathedral.

The assisted suicide bill, currently in the House of Lords, would change the law in England and Wales, which presently punishes assisted suicide by up to 14 years in prison. The proposed legislation is a private bill from Lord Falconer, a peer with the Labour Party. It will be debated in upcoming weeks. It would allow doctors to prescribe lethal doses of drugs to seriously ill patients who request them.

Opponents of the law include those who say that suicide and assisting in it is morally wrong. Some opponents say it would damage the doctor-patient relationship and enable abuse like that witnessed in countries that permit assisted suicide or euthanasia, the British newspaper The Daily Telegraph reports.

Critics also warn of pressure to expand eligibility for assisted suicide, as in Belgium which recently allowed children to request euthanasia.

Backers of the bill said there are safeguards to prevent abuse. The bill would require doctors who prescribe lethal drugs to certify that their patient is unlikely to live longer than six months. Proponents claim that the bill will not put pressure on vulnerable elderly and disabled people to kill themselves.

Leaders of several major parliamentary parties will allow a free vote on the bill, which could increase its likelihood of success, the Telegraph reports. However, British Prime Minister David Cameron has said he will not support the bill.

Bishop Davies said that many consciences “struggle amid the shadows as they try to distinguish good and evil in everything which concerns the value of human life itself.”

“In the light of the Easter faith, the English people came to recognize the eternal value and dignity of every human person,” he added.

Citing the Second Vatican Council, he said that once God is forgotten, “we are left in darkness and without this faith respect for the inherent sanctity of human life and the God-given dignity of every person cannot long survive.”

Bishop Davies said that the Christian faith is “a change from darkness to dawn.” He called for people to follow “the true way of love and mercy” that is enlightened by Jesus Christ.