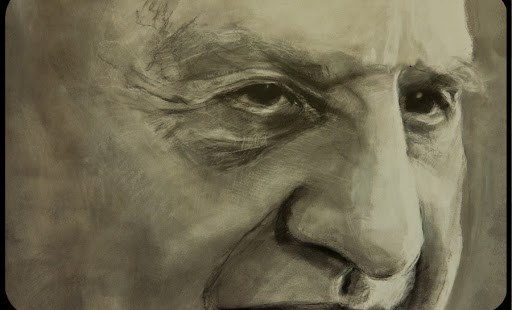 He displayed “great docility and openness to the Holy Spirit” throughout his life.

At a conference held at the Vatican Wednesday, a scholar on Bl. John XXIII and the Pope’s one-time butler both spoke about his kindness and charity ahead of his canonization, which will occur April 27 along with that of John Paul II.

Guido Gusso, who was John XXIII’s personal butler, was present at the April 23 event, recounting several personal stories. Gusso began working for Angelo Roncalli when he was Patriarch of Venice.

Gusso said that when he got a girlfriend, he went to the cardinal to make the case that he wasn’t being paid enough.

Roncalli considered what Gusso said, and replied, quoting Christ, that even the birds of the air are taken care of, “so you needn’t worry.”

While Roncalli was cardinal, Gusso made a habit of kneeling before him and kissing his ring. But Roncalli eventually reacted, telling him, “You can kiss my ring in the morning and in the evening, but I don’t like all of this kneeling. Go to the chapel and kneel before the Sacrament, but not in front of me.”

Another moment Gusso remembered distinctly was the night Roncalli was elected Bishop of Rome.

Explaining how it was decided not to announce his election immediately, Gusso said the new Pope asked him to go to his office to retrieve for him some papers and cards.

On attempting to leave the area, Gusso was encountered by a cardinal who threatened him with excommunication for potentially breaking the seal of silence.

Returning to John XXIII to tell him what had transpired, Gusso said John told him to simply tell the cardinal that he would immediately lift the excommunication.

Telling the cardinal this on his second try, Gusso was permitted to leave for the papers and cards.

Monsignor Battista Angelo Pansa, a scholar who has written extensively on John XXIII, said the Pope “was a man who was a pastor, a shepherd of peace who was able to work with the east and the west; a man of great dialogue.”

Msgr. Pansa is pastor of Transfiguration parish in Rome, and is a priest of the Bergamo diocese – the same Church for which Roncalli was ordained a priest in 1904.

He reflected that the blessed displayed “great docility and openness to the Holy Spirit” throughout his life.

John XXIII’s life, he said, can be summed up in the expressions “a blessed and happy poverty,” and “the art of encounter.”

Emphasizing how the late Pope learned his values from a family environment, Msgr. Pansa recalled that when Roncalli entered seminary at the age of 20, he wrote to his mother explaining that “I am not becoming a priest for honors … or for money,” but “for the most poor.”

Msgr. Pansa noted that while on retreat before entering the seminary, Roncalli titled his diary “Journal of a Soul,” scribbling on the inside cover “inflame my heart” – showing his life-long desire for sanctity.

The priest discussed Roncalli’s decision to take the name John upon his election as Bishop of Rome: it was the name of the parish church in which he was baptized, and of his cathedral, St. John Lateran.

In his discourse upon accepting the supreme mandate, Bl. John XXIII said, “the name John … is that given to two of the men who were nearest” to Christ, John the Evangelist and John the Baptist.

The name, in fact, of St. John Lateran is in full, the “Archbasilica of the Most Holy Savior and of Saints John the Baptist and the Evangelist at the Lateran.”

Moving on to discuss the good works done by Good Pope John, Msgr. Pansa recounted his visit to Bambino Gesu hospital on Christmas Day, 1958 – the children, seeing the hat he wore, mistook him for Santa Claus.

The following day he traveled to Regina Coeli prison, telling the inmates that “since you cannot come to me, I came to you,” and encouraging them to tell their families that “the Pope came to see you and to bless you.”