Sometimes We Win: Lessons from the Harvard Black Mass 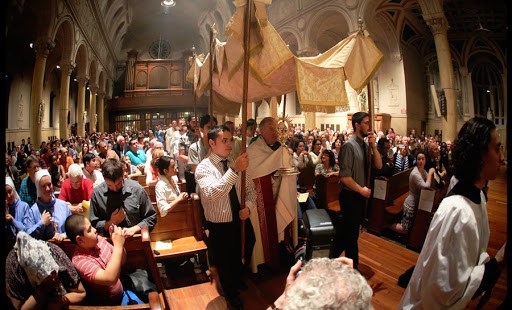 The success of the Catholic response to the Harvard Black Mass should give us hope in the culture wars.

Over the last several decades, orthodox Christians and political conservatives have decried the political correctness so prevalent in America. Rightly, we note that fighting for what’s right, just, and moral is often criticized, and more recently even made illegal in some cases.

And the "outrage industry" is extremely proficient. Oppose government mandating contraception and abortifacient coverage, and you are engaging in a "War on Women." Support the right to life, and you don’t respect the freedom of women (the freedom of the dead children notwithstanding). Stand against same-sex "marriage," and you could be fired or suspended (depending on whether you’re Brendan Eich or Phil Robertson).

In an age where a Tweet can make or break a career, it’s easy to be hopeless about the future of Christianity and Catholicism in America. Ironically, however, the recent debate over the "Black Mass" re-enactment should give Catholics optimism for the future.

For those who missed it, a student group at Harvard worked with the Satanic Temple to re-enact a "Black Mass." The goal, according to the students, was to create an "educational" discussion about religion, freedom, and the like.

The educational argument for conducting the ceremony is nonsense. One can have a lecture on the practices of satanists without actually conducting their rituals. Are Harvard students so obtuse that they couldn’t learn about Aztec history without watching a human sacrifice re-enactment, to use just one example? This is just an attempt to attack Christianity and the Catholic and Orthodox faiths in particular by conducting a denigration of their worship practices. If Harvard feels that this qualifies as educational freedom, I wonder what would happen if their extension club mocked Islam in a similar manner. I’d bet they wouldn’t be nearly as sanguine about that kind of campus event, nor should they be.

Even the president of Harvard condemned the event, and said she would attend the Archdiocese of Boston’s Eucharistic Adoration and Benediction held on Monday night.

And you know what? It worked. The event was moved, then delayed, then cancelled…and may have been reduced to some people having a few drinks.

Call it prayer, call it outrage, call it the public pressure of the nation’s Roman Catholic citizenry — as well as our allies in the media and elsewhere — whatever you wish, even a combination of the three. The fact is that this "Black Mass" re-enactment, sponsored by a Harvard student group and a Satanic Temple and intended as a vicious poke in the eye of Catholics, was given so much pressure even a secular institute of higher education wanted nothing to do with it.

The outrage industry may dominate the headlines with its damaging perspectives on life, love, and religion. But when it counts, God and His loyal followers won’t be stopped. Despite the intentions of its hosts, the "Black Mass" re-enactment just showed how powerful being true to God can be.

Dustin Siggins is the Washington, D.C. Correspondent for Lifesitenews.com and formerly the primary blogger with Tea Party Patriots. He is a co-author of the forthcoming book, Bankrupt Legacy: The Future of the Debt-Paying Generation. His work has been published by numerous online and print publications, including USA Today, Roll Call, Hot Air, Huffington Post, Crisis, and First Things.