TRUCK DYNASTY: The First Deacon in the World of Monster Trucks

Bishop David M. O'Connell Ordains a Candidate with a most XTREME career.

Crowds of people fill the stands, many sporting sunglasses and baseball caps and patriotic t-shirts. The sun beats down, the beer flows, and the cheers go up when the next “extreme diesel” pickup truck, souped-up so much that you’d probably need a ladder to get into the cab, enters the dirt field.

A man in the crowd is part-owner of the truck. He’s responsible for many of the folks who are here. But most of them don’t know he has another life—a life of prayer and service.

If Hemingway were still alive, he might write about this show the way he wrote about bullfights. Only, the bull at the center of everyone’s attention is charging without any provocation of a matador. And there’s no likelihood that it will die when it’s all over.

Up next is a 2010 Ford with a 1400+ horsepower turbo Cummins engine. Its four tires are almost six feet in diameter and a good yard wide. With its huge suspension springs, the vehicle climbs over a set of four junkers parked fender to fender, crushing roofs and smashing windshields, bouncing down and aiming for the next set. Spewing fire from its exhaust stack, its thick black diesel fumes obscure the stadium lights. Like some kind of lunar rover, it pops wheelies and spins around and around at the end of the field and revs up for another run over the vehicles before helmeted driver Dave Radzierez leans out the window and throws his arms out to the cheers of a very appreciative crowd.

This is the monster truck of XDP, or Xtreme Diesel Performance, the showcaser for a small, family-owned business in central New Jersey. The company has been supplying parts for diesel-truck enthusiasts for years, and one of the firm’s partners, Philip T. Craft, marvels at what diesel, combined with new technologies, can do—not just for entertainment like this but to enhance people’s lives and livelihoods.

“Electronics changed the whole face of how diesel runs and what you can do,” he explained in a recent interview. People “basically started to hot-rod trucks, not only to get a lot of power, but also more mileage. A lot of our customers were people who pulled motorhomes, practical uses, landscapers… people who cross the country in RVs. These trucks are much more efficient on fuel—50% better fuel mileage than a comparable gas truck…. You can pull a bigger trailer much easier and much more safely than a gas truck. You can get out in traffic and pass somebody with a trailer. With a gas truck it would be a struggle to do that.” 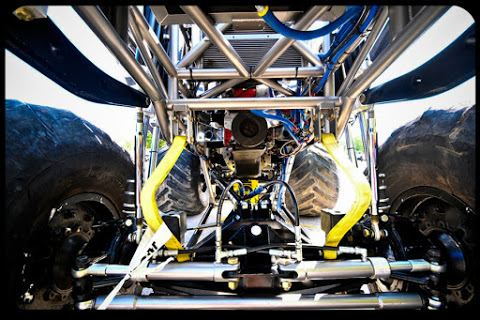 Craft says he’s always been a “gear head,” beginning in the 7th grade, when he loved to rebuild minibike engines and repair lawnmowers. After a series of jobs in auto and engine repair, he and a friend opened a diesel rebuilding service, and later started XDP. It has branches in Wall, N.J., Waynesport, Pa., and Las Vegas.

But there’s another side to the 51-year-old Craft. Last Saturday, May 11, Trenton, N.J., Bishop David M. O’Connell ordained him and 12 other men as permanent deacons at St. Mary of the Assumption Cathedral in New Jersey’s capital city. Now he’ll be assisting at the altar, giving homilies and announcing, “Let us offer one another the sign of peace.”

“Over the past 10-15 years, the diaconate has been more and more appealing: to help people in my parish, to be called to something bigger in life than just me,” Craft said. “My ambitions are not for myself alone, they’re for others also.”