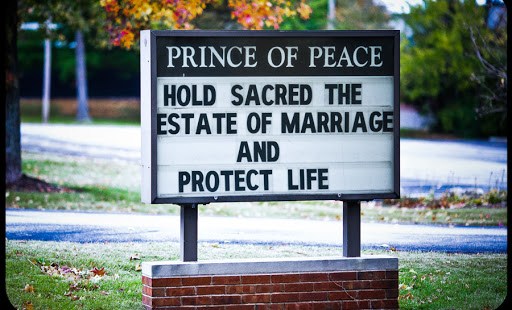 Debates over same sex marriage are threatening to fracture the denomination.

The United Methodist Church, with 7.4 million members in the United States, is America’s third largest church, despite having lost over 3.5 million members over the last 50 years. But now its debates over same sex marriage are threatening to fracture the denomination.

United Methodism is the largest of the historically liberal “mainline” Protestant denominations and almost the only one that has not surrendered traditional Christian teaching on sexual behavior. It officially defines marriage as the union of one man and one woman, prohibits celebration of same-sex rites, and ordains only persons who are monogamous in natural marriage or celibate if single.

There’s one major reason United Methodists have not liberalized sexually like the Evangelical Lutheran Church in America, the Presbyterian Church (USA), the Episcopal Church, the United Church of Christ, and the Christian Church (Disciples of Christ). Its membership is global, and on top of the 7.4 million (as of 2012) members in the U.S., it has over 4.5 million members overseas, mostly in Africa, where there are more than 4 million United Methodists. Even as the U.S. church loses nearly 100,000 members annually, the African church gains over 200,000 annually, in places like Nigeria, the Democratic Republic of the Congo (DRC) and Angola. The DRC alone has more than 2 million United Methodists, and there may be more Methodists in church on a typical Sunday in the DRC, where attendance exceeds membership, than in the U.S., where the opposite is true.

United Methodist liberals in the U.S. long assumed their denomination would follow the other liberal mainline denominations. They are exasperated that the growing African church now blocks their agenda. United Methodism’s last governing General Conference, which makes the church’s laws, met in 2012 and voted by 61 percent to reaffirm the church’s teaching that homosexual practice is “incompatible” with Christian teaching. About half of that total came from African delegates.

So some mdisgruntled United Methodist liberal clergy have launched a disobedience campaign to conduct same-sex rites in defiance of church law. This year, a Pennsylvania pastor, in a church trial by his peers, was defrocked for conducting a wedding for his son and another man. Elsewhere, in more liberal jurisdictions, enforcement has been less vigorous. An 80 year old retired Yale Divinity School dean was not prosecuted by the bishop in New York for conducting a wedding of his son to another man.

Many conservative United Methodist clergy are disturbed by the absence of full enforcement of church law, and a group of 80 U.S. clergy recently suggested the denomination should seek an amicable formal division, with conservatives creating their own new denomination, and liberals left to their own church.

“Are we not at a point where we can acknowledge, after years of dialogue and debate, the depth of our differences and together, progressives and traditionalists, give each other the freedom to pursue our understanding of God’s will,” the conservative clergy statement asked. “Can we not learn from the pain that other mainline denominations have experienced and find a way forward that honors [John] Wesley’s rule that we do no harm? A way where there are no winners and losers, but simply brothers and sisters who part ways amicably, able to wish each other well?”

United Methodism has been formally debating homosexuality since 1972, when it first instituted its official teaching specifically against homosexual behavior. These clergy hope for a relatively painless separation that would end the animosity, which includes defiance of church law and acrimonious debates at church conventions, often featuring civil disobedience by defeated liberals. The clergy group offered no details on the logistics of such a division.