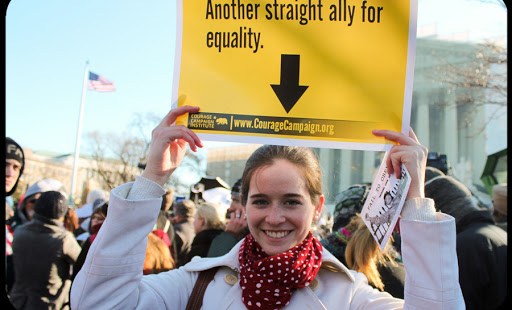 Why liberals are reluctant to admit that political liberalism has triumphed.

Someone once said that there is only a handful of basic stories in the world, and that novelists and playwrights and movie scriptwriters keep telling these few stories again and again. They change details of personalities, time, and place in such a way that we, the readers and spectators, don’t realize that we’ve heard this particular story a hundred times before. But every new story we read or new play or movie we see is really nothing more than an old story re-told. Almost never does an author invent a genuinely new tale.

Well, the same might be said about political struggles. The details of this or that particular struggle may be unique, but the struggle always fits one of a few old patterns. It’s the people versus the tyrant; or the democrats versus the oligarchs; or the city versus the country; or the pope versus the king; or the colony versus the metropolis; and so on.

Take the history of political liberalism, which began, I suppose we can say, with the American and French revolutions of the late 18th century. Liberals have fought many different battles during these recent centuries. The setting and cast of characters has changed again and again, but the basic pattern has remained the same. Always there have been three characters in the drama:

An oppressed class (peasants or workers or slaves or an ethnic/racial minority or women or homosexuals)
An oppressing class (nobles or capitalists or slave-owners or whites or males or old-fashioned Christians)
A liberal third party (philosophes/intellectuals or socialists or abolitionists or anti-racism whites or male feminists or anti-homophobic straights) that assists, and often provides indispensible leadership to, the oppressed class in its fight against the oppressors
In this drama, the oppressed class is represented as being in a state of nearly unabated suffering. Sometimes this suffering is acute — as when parents must watch their young child die from malnutrition, or when the slave is subjected to the lash, or when a black man is lynched, or when a woman is raped, or when a homosexual teen is beaten up in school. More often the suffering is a day-after-day dull pain — as when people must live in chronic poverty, or must live with a never-ending consciousness that they and their kind are held in contempt by the happier and more privileged members of society.

The oppressed class is also represented as being essentially virtuous. True, there may be a few bad eggs here and there. But they are a small fraction of the whole. Besides, it is their state of victimhood more than their own free will that has made them bad. By and large, those who are oppressed are morally good — which means that their oppression is not just wrong. It is worse than wrong; it is a tragedy of undeserved suffering. It leads a spectator in possession of normal human feeling to feel pity, even to weep.

The oppressing class (capitalists, slave-holders, racists, patriarchs, homophobes, etc.) is represented as being largely made up of wicked persons. They are not merely foolish persons, too stupid to realize that they are oppressors. The fact that they are oppressors, and that their privileges depend on imposing disadvantages on others, is easy enough to see. And if they apparently fail to see it, this is because they are willfully blind; they are in a state of self-denial. Worse, many of the oppressors don’t bother to take the trouble to deceive themselves; they fully realize what they are doing, yet they continue doing it because the tragically unjust state of affairs suits them.

And how does the oft-repeated liberal drama represents the altruistic third party that comes to the aid of the oppressed? Well, this third party is not only very virtuous, it is intelligent as well. Because they are usually well-educated and well-read, liberal altruists can see the “big picture” in a way that the oppressed themselves cannot, for oppression quite naturally has the effect of narrowing one’s vision. Rarely can oppressed people take long views or broad views. That’s why the oppressed need the aid of this altruistic third party. If the “muscle” of the oppressed can be combined with the “brains” of the liberal altruists, success is possible, and has often been achieved.

This altruistic third party, it is perhaps worth noting, is very different from people who voluntarily take on the status of the oppressed, e.g., St. Francis of Assisi. Only rarely does a liberal lover of the oppressed “descend” in society in order to share their unfortunate condition.

But here’s a problem. Suppose liberalism utterly triumphs and society no longer has any oppressed or oppressor classes.  If I am a political liberal, and political liberalism is essential to my personal identity, what then happens to me? I become a superfluous person. The world will now be so improved that people like me will no longer be needed.

This explains, I submit, why many liberals are extremely reluctant to admit that political liberalism has triumphed; why many liberals insist, despite a vast amount of evidence to the contrary, that the old oppressor-versus-oppressed paradigm is still perfectly valid in America. For if it is not valid, they will face a moral and psychological crisis.

And so these liberals insist that gays and lesbians (not to mention bisexual and transgender persons) face massive oppression at the hands of (mostly Christian) homophobes. And these anxious liberals also insist that blacks, despite superficial improvements brought about by people like Martin Luther King, Jr. and Lyndon Johnson, still face massive oppression at the hands of an American white population that remains predominantly racist.

For if racism and homophobia no longer exist in America, the moral justification of the liberal’s life will be (like Othello’s occupation) gone.

David Carlin, a former Democratic Majority Leader of the Rhode Island Senate, is the author of Can a Catholic Be a Democrat? How the Party I Loved Became the Enemy of My Religion.