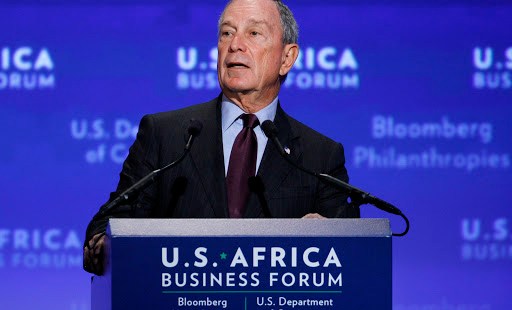 Emily’s List network outstrips most other outside groups in fund-raising.

WASHINGTON (AP) — Control of the Senate could lie in the fortunes of female candidates and the deep-pocketed donors, like former New York Mayor Michael Bloomberg, who are sending piles of cash their way.

So far this election cycle, donors have handed over $46 million to a collection of political committees and candidates linked to Emily’s List, which backs female contenders who support abortion rights. The Emily’s List network of committees raised more than most other outside groups, including the GOP-backed American Crossroads and the anti-tax Club for Growth.

According to campaign finance documents filed Tuesday, one of the newest benefactors for Emily’s List was Bloomberg. The billionaire former mayor wrote a $2 million check last month to Women Vote, the super PAC run by the group. The check put the mayor’s giving to all super PACs this cycle at $11 million, and Bloomberg’s total tally was likely to grow ahead of a Wednesday deadline for many groups to disclose their July fundraising.

But Bloomberg’s donations reflect just how tight the contest to control the Senate next year is shaping up to be—and why women could be a decisive force behind Democratic efforts to defend their Senate majority. It’s why the Emily’s List machine collected almost $6 million in July for campaign committees and candidates, according to a review of its tallies for state and federal fundraising efforts.

Republicans need to pick up six seats in the Senate to grab control. If they do, President Barack Obama would face the final two years of his presidency fighting a GOP-led Senate and a House that is expected to remain in Republican hands.

Female Senate contenders might have outsized sway in determining how Obama spends the balance of his time in office. Among the races that are set to determine which political party controls the agenda in the Senate, incumbent Democratic senators Kay Hagan in North Carolina and Jeanne Shaheen in New Hampshire face heavy outside spending but have Emily’s List backing.

At the same time, Democrats are bullish on the prospects for tipping Georgia’s open Senate seat in their favor, with Michelle Nunn as the nominee. The Democratic candidate in Kentucky, Alison Lundergan Grimes, also has posted strong fundraising numbers and has captured her party’s interest. Both seats are currently in Republican hands.

"Democratic women have been at the forefront on every major issue and not only are Americans impressed, they are ready to send them reinforcements," Emily’s List President Stephanie Schriock said. "We continue to see momentum growing for women’s leadership in this country."

The group is also backing candidates at other levels, from gubernatorial contender Mary Burke in Wisconsin to state legislature hopefuls across the country.

Republican groups, such as the anti-abortion rights Susan B. Anthony List and its affiliates, have been building their fundraising and volunteer lists in recent years. But their impact is far outpaced. Emily’s List, which was founded 29 years ago, has now raised more than $406 million to help women find their way to office, officials said. Of that, more than $100 million was in coordinated direct giving to candidates. Roughly a third of the Emily’s List haul has been since Schriock took the reins of the group in 2009, according to a review of its financial summaries.

"After 29 years, the work we’ve done to elect women leaders is clear," Schriock said, "and we’re not stopping anytime soon."