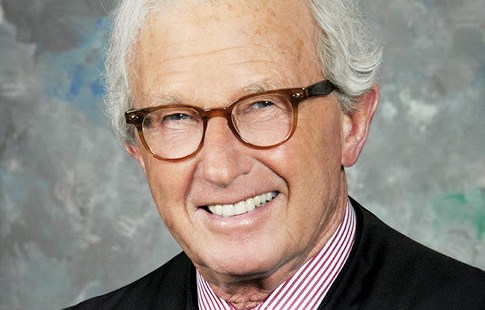 Ruling “confirms that the people, not the courts, have the right to decide on marriage,” advocates say.

NEW ORLEANS (AP) — It was a rare loss for gay-marriage supporters — one that even the judge who issued the ruling acknowledged won’t be the final word.

"Clearly, many other courts will have an opportunity to take up the issue of same-sex marriage; courts of appeals and, at some point, the U.S. Supreme Court," U.S. District Judge Martin Feldman wrote in upholding Louisiana’s ban on same-sex marriage — and its refusal to recognize same-sex marriages performed legally in other states.

"The decision of this Court is but one studied decision among many."

Feldman’s ruling Wednesday was the first to uphold a state ban since the U.S. Supreme Court struck down part of the federal Defense of Marriage Act last year.

Gay-marriage supporters had won more than 20 consecutive rulings overturning bans in other states. They said they would take the Louisiana case to the New Orleans-based 5th U.S. Circuit Court of Appeals, which already has before it an appeal by the state of Texas of another federal judge’s ruling that struck down that state’s gay marriage ban.

In 2004, 78 percent of Louisiana voters approved an amendment to the state constitution banning gay marriage. Gay marriage is legal in 19 states and the District of Columbia.

Isabel Medina, a professor at the Loyola University New Orleans law school, said she didn’t see the ruling as a significant road block for gay marriage advocates. Even a 5th Circuit decision upholding Feldman’s ruling would affect only three states: Texas, Louisiana and Mississippi, she noted.

It’s likely the Texas case will be the first to go to the 5th Circuit, and cases elsewhere likely will reach the Supreme Court before Louisiana’s, said Professor Carl Tobias of the University of Richmond School of Law in Virginia. Nevertheless, he said, Feldman’s ruling is significant.

"It is important, because Feldman is a very experienced federal district judge, and no other federal judge has ruled that way at the trial level," Tobias said in a telephone interview. Feldman was appointed to the bench by President Ronald Reagan in 1983.

Feldman said gay-marriage supporters failed to prove the ban violates equal-protection or due-process provisions of the U.S. Constitution. He also rejected an argument that the ban violated the First Amendment by effectively forcing legally married gay couples to state that they are single on Louisiana income tax returns.

Feldman sided with the state, which had argued that the nation’s high court, in the Defense of Marriage Act decision, recognized the rights of state voters and legislatures to define marriage.

"Although opinions about same-sex marriage will understandably vary among the states, and other states in free and open debate will and have chosen differently, that does not mandate that Louisiana has overstepped its sovereign authority," he wrote.

"This ruling confirms that the people of Louisiana — not the federal courts — have the constitutional right to decide how marriage is defined in this state," Gene Mills, the group’s president, said in a news release.

"I am very pleased with Judge Feldman’s ruling today," Attorney General Buddy Caldwell said in a statement Wednesday night. "He agreed with my position that states have a legitimate interest in defining marriage through the democratic process."

"Every citizen of the United States deserves protection of their rights, uphill climb or not," said Mary Griggs, chairwoman of Forum for Equality Louisiana.

The 6th U.S. Circuit Court of Appeals is currently considering arguments over six gay-marriage cases from Michigan, Ohio, Kentucky and Tennessee. Two other appellate courts, the 10th Circuit in Denver and the 4th Circuit in Virginia, have overturned statewide gay-marriage bans in Oklahoma, Utah and Virginia. However, those rulings and others overturning gay-marriage bans have been put on hold while appeals are considered.