The Road to Compostela—From Los Arcos to Burgos

Part 2 of A Pilgrimage Journal.

"Imagine having your birthday on the Camino!"

That had been the standard response whenever I’d told people at home that I’d be spending my birthday in Spain, and indeed from other pilgrims in the first couple of weeks of walking. Now, though, I can’t help but laugh at this, as among the nine of us who would eventually grow together as a Camino family, five of us celebrated our birthdays on the Way. Mine started at Los Arcos, with two Germans singing "Happy Birthday to You" over breakfast.

I set off from the main square with Leah who returned the walking pole she’d been using over the previous couple of days now that she’d bought her own. Equipped with two again, I was surprised to find that my walking rhythm had changed so that my poles were now a constant help rather than a frequent hindrance. There’s a technique to walking with poles, and now that I’d somehow mastered it, I moved faster than I’d done all week.

By noon we’d covered twenty kilometres, and shortly after lunch we reached Logroño, gazing at the rooftop storks that would soon be a commonplace of the Camino. It wasn’t long before we were settled into our albergue. In the courtyard we chatted with a cheerful trio of New Zealanders, and at our bunks met the Tennessee medical students we’d spotted just after Roncesvalles, saying their Office by the side of the road. 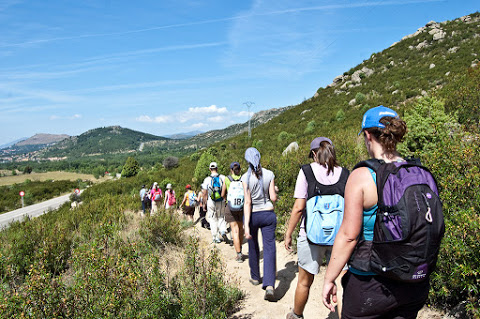 Jesus Perez Pacheco
As afternoon turned into evening I marvelled at the agonisingly realistic crucifix in the church across the street before meeting Leah. After much clandestine effort, she had found a shop where she could buy a birthday cake, so I was suitably abashed and delighted when it was produced in the albergue kitchen to a multi-national chorus of "Happy Birthday to You".  After dinner we bumped into a few other pilgrims and though we’d rather less than an hour until our curfew, we made it count amongst the wonderful tapas bars of Travesia del Laurel.

The next day, unfortunately, was a long, dreary trudge under cloudy skies, with the vineyards of La Rioja making for oddly monotonous scenery. The longest day thus far, it was also one that saw me bordering on hypothermic shock when my body temperature dropped after I stopped moving and took my boots off at Nájere’s barracks-like municipal albergue. Huddling for warmth in my sleeping bag helped a bit, though I was later told I was barely coherent when speaking over the next hour. Among other things I’d become distraught about losing my credencial, the "pilgrim passport" that bore stamps marking everywhere I’d stayed, though it was beside me the whole time. Eventually I emerged and shuffled outside for dinner. Hot Spanish red bean stew, it turned out, was just the cure I needed. 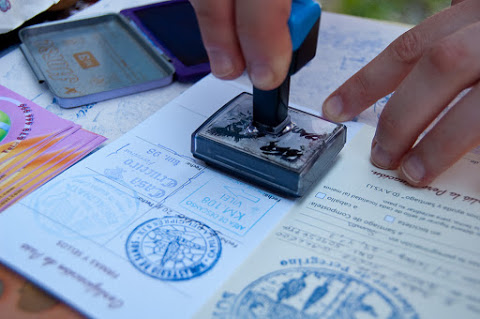 Santo Domingo de Calzada, the following day’s destination, takes its name from a local saint who in the eleventh and early twelfth century dedicated himself to helping pilgrims and improving the local stretch of the Camino. The walk there was tedious and grey, marred by a frequent drizzle, but annoyances on the journey were more than made up for by that evening’s pilgrim Mass in the cathedral. The ceremony was almost dazzling in its beauty, and a wonderful concert afterwards rounded out the evening in style.

Once the concert was over we were gently but firmly ushered out, denying me the chance to see the chicken and rooster that live within the cathedral in a gilded coop, a bizarre reminder of the most famous – and surely most peculiar – miracle tale associated with the Camino. The story goes that a fourteenth-century German youth, passing through the area on his way to Santiago, was framed for theft and hanged. His grieving parents continued their pilgrimage, and on returning were astonished, as one would expect, to find their son still dangling from a tree and quite alive. He told them that Saint James had interceded to save his life, and so they rushed to tell the local mayor. The mayor, who was eating his dinner, snorted that their son was no more alive than the rooster and chicken which he’d been eating, at which point the two birds leapt from the plate and began to squawk and dance!