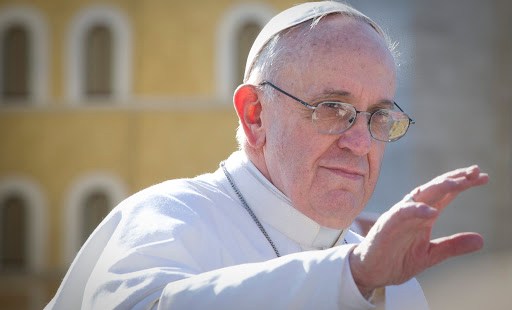 Commission tasked to propose simplification of procedure, yet safeguarding the indissolubility of matrimony.

The Holy See Press Office on Saturday announced Pope Francis has decided to establish a Special Commission  for the study of the reform of the matrimonial processes in canon law.

This committee will be chaired by Msgr. Pio Vito Pinto, Dean of the Roman Rota.  The other members are Cardinal Francesco Coccopalmerio, President of the Pontifical Council for Legislative Texts; Archbishop Luis Francisco Ladaria Ferrer, SJ, secretary of the Congregation for the Doctrine of the Faith; Bishop Dimitri Salachas, Apostolic Exarch of the Greek Byzantine Catholic Church; Msgrs. Maurice Monier, Leo Xavier Michael Arokiaraj and Alejandro W. Bunge, Prelate Auditors of the Tribunal of the Roman Rota; Father Nikolaus Schöch, O.F.M., Substitute Promotor of Justice of the Supreme Tribunal of the Apostolic Signatura; Father Konštanc Miroslav Adam, O.P., Rector of the Pontifical University of Saint Thomas Aquinas (Angelicum); Father Jorge Horta Espinoza, O.F.M., Dean of the Faculty of Canon Law of the Pontifical University Antoniamum; and Prof. Paolo Moneta, formerly professor of Canon Law at the University of Pisa.

The work of the commission will start as soon as possible and will have as its goal to prepare a proposal of reform of the matrimonial process, with the objective of simplifying its procedure, making it more streamlined, and safeguarding the principle of the indissolubility of matrimony.