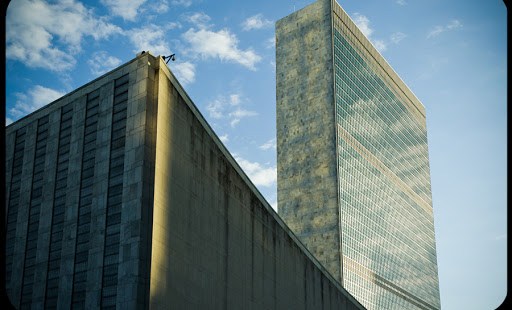 1.2 billion people live on less than $1.25 per day, Vatican representative points out

Fighting extreme poverty and climate change, addressing rising inequality, ensuring productive employment for all and promoting peaceful societies are the Vatican’s international development priorities for after 2015.

He stressed that the elimination of poverty has always undergirded the mission of the Catholic Church, noting that about 1.2 billion people, or 15% of the world’s population, live on less than $1.25 per day.

Following Pope Francis’ lead on prioritizing income equality, the Holy See told the United Nations that “to fight the structural causes of extreme poverty, every economic and political process must set out providing each person the minimum wherewithal to live in dignity and freedom from want.”

“While recognizing that there are many causes of income inequality,” the Holy See representative said, “we cannot be indifferent to the structural causes of the exponentially increasing gap between the haves the have-nots, if we are to defeat extreme poverty and achieve sustainable development.”

The Holy See criticized “certain economic models and policies” for failing to empower the world’s extreme poor through “equitable development.” According to the statement, these policies include the “absolute autonomy of markets and financial speculation, denying state authorities the right — indeed, the duty — to regulate the blind market forces which, left alone, … work against the common good.”

The Holy See spokesperson noted with satisfaction the reductions in global poverty, child mortality, and maternal deaths achieved by the Millennium Development Goals, but observed that the most serious setbacks for the goals were found in nations embroiled in conflict and war. The statement recalled the words of Pope Paul VI, who announced that “the new name of development is peace.”

In May 2014, Pope Francis told U.N. Secretary-General Ban Ki-Moon that “the future objectives for sustainable development should be formulated with generosity and courage so that they can have real impact on the structural causes of hunger and poverty.”

In the General Assembly’s Second Committee, the Holy See told member states that the 17 proposed Sustainable Development Goals, which are set to replace the Millennium Development Goals at the beginning of 2015, are “apt to deliver and help implement a transformative post-2015 development agenda.”