The Culture Wars – Have We Lost? 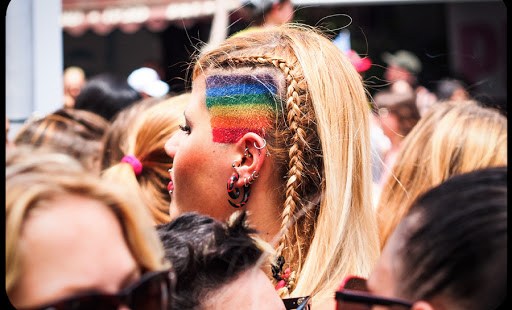 The New York Times thinks so.

A recent New York Times editorial declares that the tide has turned against cultural conservatives. As public opinion trends leftward on social issues, they claim, voters are rejecting “radical” positions against abortion and same-sex "marriage." Social issues, the editors chortle, are now “potent” tools for Democrats. By hammering away at Republicans’ views on reproductive rights, Democrat candidates hope “to incite the anger of women” (especially single women) and turn out the vote. Even though the "war on women" rhetoric sounds a bit stale, the tactics work well enough. Some Republican strategists even want to concede that Democrats “did win the culture war.”

In light of the Supreme Court’s October 6th refusal to review five federal appellete court decisions that overturned state bans on same-sex marriage, we might be tempted to think that the "Times" is right. By upholding these decisions, same-sex "marriage" will be effectively legal (it cannot be barred) in all 30 states under the jurisdiction of those Courts of Appeal. Once the rulings take effect, the dominoes will fall in 30 states and, in a majority of U.S. states, same-sex couples will be permitted to "marry."

Momentum has shifted leftward on many issues and that seems to be the sole aim of many social liberals: getting people to agree with their moral vision. And America’s young people are low-hanging fruit. Unburdened by a knowledge of history, lacking the skills to analyze and reason, they can be won over with slogans appealing to freedom, tolerance and change. They join in rejecting what the "Times" editors describe as the “growing obsolescence” of conservative moral positions on abortion and same-sex marriage. “For a younger generation of voters,” according to the "Times," “the old right-wing nostrums about the ‘sanctity of life’ and the ‘sanctity of marriage’ have lost their power, revealed as intrusions on human freedom.”

Not quite. The editors got a few things wrong.

First, even if it were true that “victory” in the culture wars can be measured by graphs of public opinion, that picture is decidedly mixed and more dynamic than the "New York Times" lets on. Liberals may have tipped the balance on some measures, but they’ve by no means “won.”

Marriage is struggling (no surprise), challenged by hook-ups, cohabitation and divorce. A September 2014 Pew study reports that 55% of adults over 50 say marriage and children should be societal priorities, but two-thirds of younger adults (18-29) disagree. While the majority of adults over 50 say it’s “very important” for couples to marry if they plan to stay together, only one-third of younger adults agree.

Although “everybody knows” the U.S. divorce rate is 50% – it’s actually not. It varies according to religious observance (27% lower for regular church-goers), race, and education. Among ever-married adults, 28% of Catholics have experienced divorce, compared to Protestants (39%) and those with no religious affiliation (42%).

Overall, 72% of adults are still married to a first spouse. (Those who divorce and remarry are more likely to divorce a second or third time, driving the overall rate higher.)

Cohabitation is steadily increasing. The CDC (2013) reports that 48% of women cohabited with a partner; 40% of those relationships eventually became marriages, 27% broke up, and 32% continued cohabiting. Cohabiters who do marry still face challenges. The habit of "yours and mine" rather than "ours" can be deeply ingrained, and easy divorce reduces the incentive to persevere through difficulties.

On moral issues, Americans’ views reflect a mix of conservative and liberal leanings. According to