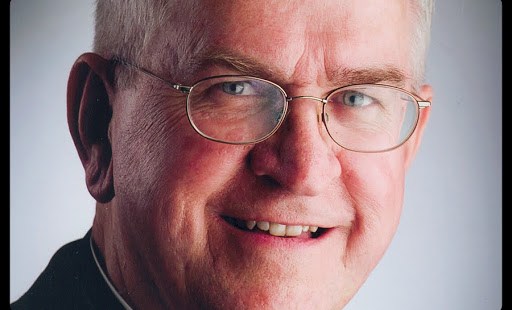 Archbishop Kurtz wants all bishops’ interventions to be published

In a recent interview, Archbishop Joseph Kurtz, President of the United States Conference of Catholic Bishops (USCCB) spoke candidly about the just completed Extraordinary Synod on the Family and the direction he expects to be taken in next year’s Synod on the Family.

Archbishop Kurtz took exception to the decision of Synod organizers to not publish the speeches of bishops, a decision apparently made to foster a freer exchange of ideas, noting –

The opportunity that delegates had in the past to have their interventions made public is something that I think should be returned to. I think in hindsight, there was the sense, I guess, that [publishing them] would inhibit people from speaking out, but I don’t think that that was the case.

He recommends that the October 2015 Synod on the Family reject such a ban: "It is my fond hope, and really my urging … to say: return to that process so that there’s another level of transparency."

Asked about the challenge of the Synod’s work during the second week, following release of the interim report, Archbishop Kurtz explained:

I think the initial document left people with many questions and things that might be taken in a number of ways, and we didn’t want to leave the Synod with that lack of clarity. So I think the deepening and the clarifying that I felt was necessary was really coming from [showing] how what we say is grounded in Sacred Scripture and in the Tradition of the Church, in which the teachings of Jesus are, of course, preserved.

The Archbishop pointed to two areas of consensus among the difficult issues raised during the Synod with respect, first, to Catholics "who are in the painful situation of divorce and civil remarriage, they’re in a situation in which the Church needs to reach out, welcome and accompany [them]." And second, he states that he

got the clear sense that a major consensus [exists] on looking at the way annulments are done and how accessible annulments can be, without violating the bond of marriage, to be able to reach out [to these couples].

Archbishop Kurtz describes "the big message that I take home" from the Synod as one of invitation and welcome:

Obviously, there is a place for everyone in the Church, and I think that means that people of same-sex attraction are welcome in the Church. We all, together, seek to live chaste and good lives and to help each other in that process.

He also contrasted the agenda and work of the Extraordinary Synod with what we can expect from the Ordinary Synod in October 2015:

This Extraordinary Synod concentrated on the challenges. Next time we will be coming together – those who are appointed as delegates – to look at the vocation and mission of the family in the light of the teachings of Christ and in light of evangelization.

And, he added, after another year of informal consultation among bishops,

The key will be not simply for us to share what’s on the top of our minds, but rather informed by this document [referring to the final report of the Extraordinary Synod],
we will be on the threshold of saying, ‘As I refine my thinking, here’s what I think we need to renew family and to renew marriage within our world and within our Church.’