The Pope’s New Way at the Synod 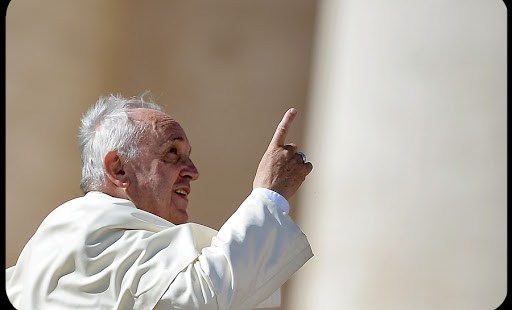 And how it resembles the “old way” of Peter

At the close of a tumultuous two weeks Pope Francis has called the church to be open to “the God of surprises.” Back in January of this year, the pope preached at length about the fresh and surprising dimension of the gospel. Then in his homily at Mass last Monday, Francis reminded Catholics again that they worship a “God of surprises.” At the beatification ceremony for Blessed Pope Paul VI, Francis repeated, "God is not afraid of new things. That is why he is continuously surprising us, opening our hearts and guiding us in unexpected ways."

Critics of Pope Francis have seen in the timing of his words a clear exhortation to the Fathers of the Synod to be open to his reforming agenda—an agenda some Catholics worry is radical and destructive. HIs remarks in January came just a few weeks before Cardinal Kasper’s speech to an opening consistory on the family in which he introduced his ideas for a more open treatment of divorced and remarried Catholics. Those who are wary of Pope Francis did not think it coincidental that his other remarks about “the God of surprises” and  the God who “is not afraid of new things” came just before the publication of the synod’s controversial mid-term report, and at the conclusion of the Synod on the Family.

In his homily of October 13, Pope Francis reminded his hearers that the Jewish leaders in Jesus’ time were locked into their limited and legalistic understanding of God’s will: “These doctors of the law did not understand the signs of the times… Why did they not understand?…because they were closed in their system. All of the Jews knew what one could do, what one could not do, how far they could go. Everything was organized. And they were safe there. They did not understand that God is the God of surprises, that God is always new. He never contradicts himself…but he always surprises us.”

The gospel and the New Testament are replete with the message of God’s ever fresh and disturbing work in the world. Jesus spoke vividly of the new wine that would burst the old wineskins of the legalistic Jewish religious system, and the most astounding example of the new truth bursting the old established ways is in the vision St. Peter had recorded in the tenth chapter of the Acts of the Apostles.

In his dream, the first pope saw a sheet lowered from Heaven which was full of animals that were considered unclean for Jews to consume. The voice in the dream commanded Peter to “rise and eat.” This command seemed like a direct contradiction to the Jewish law Peter knew and obeyed, but the Holy Spirit beckoned him to a new understanding. For St. Peter, God had become yet again a God of surprises. The disturbing vision meant that the gospel was not just for the Jews, but also for the Gentiles.

The challenge for the Church is to discern God’s surprises from the secular world’s constant calls for change. In every age and in every culture, the apostles of the Church have struggled with the challenge of adapting the gospel where it can be adapted while not compromising the unchanging truths of the Catholic faith.

In his closing speech of the synod, Francis returned to the theme. He warned against “a temptation to hostile inflexibility, that is, wanting to close oneself within the letter of the law and not allowing oneself to be surprised by God… (the spirit); within the law…it is the temptation of the zealous, of the scrupulous, of the solicitous and of the so-called ‘traditionalists’ and also of the intellectuals,” and on the other hand “the temptation to a destructive tendency to…bind the wounds without first curing them and treating them; that treats the symptoms and not the causes and the roots. It is the temptation of the ‘do-gooders’… the so-called “’progressives and liberals.’”