Fascinations and Trappings of the Occult and Their Unexpected Consequences 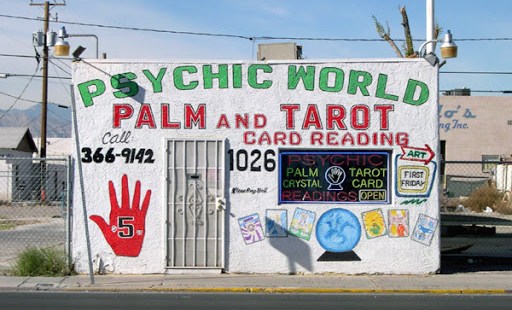 The diabolical is nothing to play with…

Most people are unaware of the ways in which the occult and New Age Movement have permeated our society, mainly due to creeping atheism, amorality, and lack of belief in hell, evil or the devil himself. We live in a cultural milieu that is rife with an overindulgent fascination with zombies, vampires, witches and warlock, yet this same society tends to find all things holy, peaceful and Godly rather boring and dull.

As Halloween nears, we will see an increase in the fascination of cults and the occult, of dabbling in the dark arts and black magic. These are alluring, because they are forbidden, appeal to our fallen nature, and jolt us out of our lukewarm routines. We somehow become awake and vigilant when we are scared, and let’s face it: some of us enjoy the thrill of fear.

Yet the powers of darkness are ones in which God has explicitly warned us to avoid for the good of our souls.

I speak boldly and zealously about this topic, because it is one in which I have personal experience. I attended Catholic school through eighth grade, and it was while I was in junior high that I was lured by a morbid curiosity for all things supernatural — but not what was exclusive to sanctity and holiness. I wanted to delve into the abyss of the unknown, to witness levitation and be given the “gift” of clairvoyance. I wanted a medium to heal my past and a psychic to foretell my future. I looked at astrology as “science.” I justified the Ouija board and other “party” games as being harmless fun, but I always — always — went home afterward and continued to dabble. My fascination with the spirit world intensified as I read books about spooks, ghosts, and hauntings. It was a secret life in which darkness abided, but I viewed it as a form of light — enlightenment.

The more I experienced, the more I craved another experience; it was a spiraling into a diabolical realm of which I had somehow become unaware. But when the spiritual “happenings” crept in my life — slowly at first, then more vehemently and overtly — I wondered if I had been duped into the world’s view of spirituality rather than the true spirituality of a personal God alone.

To illustrate some examples, I experienced diabolical nightmares on a regular basis, and over time these were accompanied by my bed shaking violently. My brother was terrorized in his bedroom by being levitated, as was my father. Every member of my family heard footsteps in the house when no one was home, doors slamming upstairs, and voices calling each person’s name. When I saw how my family was suffering, shame swept over me, and I confessed to my parents what I had been doing while at friend’s houses for sleepovers. In turn, they encouraged me to actually go to Confession and renounce this evil; what a novel idea! I obeyed and discovered the portal to authentic healing and holiness rather than the macabre fascination with the unknown.

In Scripture, we learn that God is a jealous God, and these Old Testament verses always left me scratching my head in bewilderment. How could God Himself be jealous? It seemed a contradiction and confounding: God reveals that jealousy is a sin when we read the New Testament, yet in the Old Testament, He claims to be jealous Himself! What a double standard, I assumed in my own arrogance. But over time, I saw that God’s jealousy is that He loves us and wants us only for His own. He wants nothing else to consume our lives — no worldly enticements, no false ideologies or heretical philosophies, not even human affection. He wants to consume our hearts fully so that we may truly understand the fullness of Truth and the beauty of His unconditional and unwavering Love.