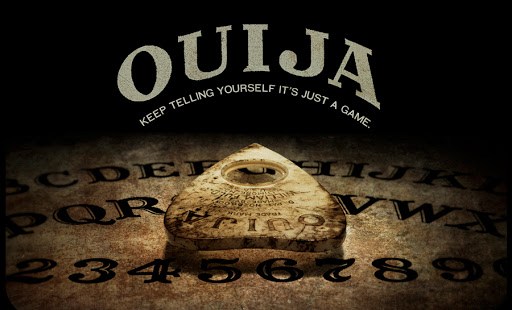 No guts, no gore, and no glamorization of evil

I watch hundreds of movies each year, a habit I developed long before someone offered to pay me to do so. Now, I’d like to tell you that out of the thousands of films I’ve viewed over the decades, none of them were of the type described by Saint Pope John Paul II back in 1995 when he lamented movies which “distort the truth, oppress genuine freedom, or show scenes of sex and violence offensive to human dignity.”

Unfortunately, such a declaration would be a lie. The sad truth is, having not always lived a Christian life, I’ve seen plenty of movies like that. In fact, given a few minutes, I could probably toss off a list of ten, maybe twenty such films that are so morally corrupt that they have the potential to damage a person’s soul. What might be surprising to some, however, is that almost none of the offenders are horror movies.

I bring this up because it seems almost every time I review a horror film, especially if it’s one containing a storyline involving something demonic, at least one well meaning reader questions whether or not a Christian should ever watch such a movie. Good for them for doing so. After all, we’re supposed to watch out for one another. But as Fr. Gary Thomas, exorcist for the Diocese of San Jose, explained in an interview with author Patti Maguire Armstrong when asked about watching scary movies, “I don’t think you open yourself up to evil just by going to a movie. The problem is when evil is glorified, which is very different than going to a movie on the topic of evil.”

Though it may sound like a counterintuitive statement given some of the ghoulish goings-on they portray, the fact is most horror movies rarely glorify evil. Take for instance “Ouija,” the new fright flick creeping its way into theaters this weekend. If you’ve run across the commercials, then you’ve no doubt seen some of the icky imagery on display in the film. Rotting corpses, mouths sewn shut, dead people screaming, you know, the usual stuff. But what the ads neglect to tell you is that the plotline of “Ouija” ends up adhering to a moral principle straight out of Deuteronomy, the one that tells us that those who “consult ghosts and spirits, or seeks oracles from the dead” are in for a world of hurt.

The movie begins with a short prologue in which two young girls, Debbie and Laine, are shown playing with a Ouija board. While this might seem odd at first glance, keep in mind, you can easily pick one of these things up at your local Toys “R” Us for less than the cost of a video game. Apparently there’s plenty of folks out there who think that nothing says good old fashioned family fun like summoning the dead.

Anyway, the girls discuss the basic rules of the game: never play alone, never play in a cemetery, always be polite and say goodbye when you’re done conversing with the spirits, you know, the usual stuff. Fast forward a few years, and we see the teenaged Debbie (Shelley Hennig) attempting to burn a Ouija board for some unknown reason. Unfortunately, the stubborn thing refuses to go up in smoke, and the distraught Debbie suddenly finds herself compelled to take her own life.

Laine (Olivia Cooke) is devastated by her lifelong friend’s mysterious death and upon finding the Ouija in Debbie’s room, decides it would be a good idea to try and contact Debbie’s spirit in order to get some answers and say her final farewells. Both Laine’s sister Sarah (Ana Coto) and their small circle of friends believe this to be a big waste of time, but everyone goes along with the plan hoping it will allow Laine some closure. And so, as Act One closes, the five teens gather inside Debbie’s house to play a game of Ouija.