Rick Warren at the Vatican: “We’re More Effective and Better Together Than We Are Apart” 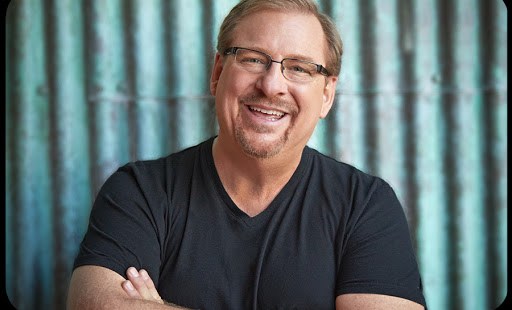 Pastor Rick Warren, Founder and Senior Pastor of Saddleback Church—an evangelical megachurch located in Lake Forest, California—was among the featured presenters at last week’s Vatican-hosted Colloquium on the Complementarity of Man and Woman. Also known as the Humanum Colloquium, the conference gathered leaders and scholars from various Christian and non-Christian religions across the globe November 17-19 to examine and propose anew the beauty of the relationship between man and woman in marriage.

Aleteia’s Rome correspondent sat down with Pastor Warren at the conclusion of the Humanum Colloquium to discuss his experience at the interreligious event; the six points of what he calls "The Purpose Driven Marriage"; and his first trip across the Tiber.

Pastor Warren, what has been your impression of this week’s colloquium on the complementarity of man and woman in marriage?

I think it was great because you heard people not only from the streams of Christianity but also non-Christian religions showing solidarity with us about what we call the biblical definition of marriage: one man and one woman for life.

That’s a good thing. Right now in the world, the minority view is getting the majority of press, and you just don’t hear the fact that the vast majority of people believe that marriage is what it’s always been since the Creation: one man and one woman for life.

What have been some of the highlights of the Humanum Colloquium?

Rabbi [Jonathan] Sacks is a friend of mine, and his message was outstanding. [Jacqueline] Rivers’ message was just outstanding. Sr. Prudence was just fantastic. She is so brilliant. She’s at such a high level of intellect, and she has an ability to take very complex subjects and summarize them. We benefited from all that she has researched and studied on gender in one single message. After she spoke, I told her: “I’m having you come and teach a seminar at Saddleback Church.”

In Genesis and elsewhere in the Scriptures, we are given six purposes of marriage. The first purpose of marriage is to eliminate loneliness. The very first thing that God said—and he had created a perfect world, there’s no sin yet—is that it’s not good for men to be alone. God hates loneliness. And it’s interesting because whether you marry or not, you need the opposite sex in our life. Because the Bible tells us in Corinthians 7 that men are not independent of women and women are not independent of men, because they both carry the image of God and nobody has the whole thing. So women express certain characteristics of God’s character, and men express certain characteristics of God’s character, and that’s why we need each other. Even if you have the gift of singleness, you still need the opposite sex in your life for growth.

So there’s the elimination of loneliness. Then there’s the connection between a man and a woman; the Bible says the two will become one flesh. And there’s also the multiplication of the human race. God said, “Be fruitful and multiply,” and I jokingly announced, “That’s the only commandment that human beings have been able to keep!” There are 7 billion of us to prove that we’re fruitful and multiple. We’ve got that one down. We may not have the other ones down, but we’ve got that one down. So when God says, “Go get married, have sex and babies” we did that one.