So, what happened to Holy Innocents?
The interior of the church suffered over the years but the most radical of damage was in the 1970’s. The beautiful Gothic altar was reduced to chunks of marble by a sledge hammer. Fortunately, someone had the forethought to find a home for marble sculpted angels in a convent of nuns.

An austere altar/table comprised of two rectangular pillars and a long, thick and heavy slab of Carrera marble for the mensa (the “table top”) replaced the original altar. This new altar was moved away from the wall to allow for Mass facing the people. In place of the former altar (with its tabernacle) the celebrant’s chair was placed on a raised platform.

A rather unsightly tabernacle was obtained and situated on a wood platform in a niche where the side altar of the Sacred Heart once stood. I don’t think I need to mention that the architects of this renovation — let us presume with the best of intentions — also removed the communion rail and carpeted the entire sanctuary floor.

Sounds like a ‘wreckovation.’
The wall behind the celebrant’s chair was covered from floor to ceiling with bronze colored contact paper. This became the “reredos” to which was affixed a cheap and somewhat odd crucifix of the type one would purchase in Tijuana, with a nail in each of Lord’s feet. Everything else in the church — pews, doors, ceiling —  was painted a light beige. They covered the severely water damaged natural wood floors in the nave with tan-colored linoleum. In the sanctuary they laid a mustard-colored carpet.

Thirty years later when I arrived, that linoleum had turned dark brown. In the sanctuary, they had installed blond colored, wood-simulated plastic flooring (Pergo). By this time the sanctuary flooring was beginning to peel and sections of it had begun to break loose. There was significant wood rot and evidence of termite damage just about everywhere.

Again, I presume that those responsible for this “make-over” were acting with the best of intentions. But this does not alter that fact that that the end result of their efforts was a total “uglification” of a simple, but decent, Catholic church.

For a good portion of the years I have served here as pastor, this was what I faced day after day, weekend after weekend, as I offered Masses, witnessed marriages, baptized infants and all the rest.

This information was disclosed to me shortly before I began my term at Holy Innocents and I was not pleased. According to this plan, the monies gained from the sale of the church property would go toward building a new, modernistic church on a property adjacent to our parish school located about a mile away. I energetically fought this proposal and it took some time to convince the Archdiocesan officers to abandon it but in the end — thanks be to God — I prevailed.

Wow, that’s really great!
Most people thought I was crazy. After all, the church and rectory were in such a deplorable state that very few could see the little gem that lay hidden beneath an old, unsightly and disintegrating church building which looked and smelled more like a barn than a house of worship.

You certainly took on a huge project.
By January 2007, six months after my arrival, we began in earnest to remake Holy Innocents church. In those early years this work consisted of mostly cleaning, patching and painting.  Methodically, and over several years, we sent the pigeons packing, fixed the leaking roofs, cleaned the filthy floors, fumigated, tore down the tall iron fences that circumscribed the church building, re-wired the entire building, re-plastered the exterior and did some minor landscaping. 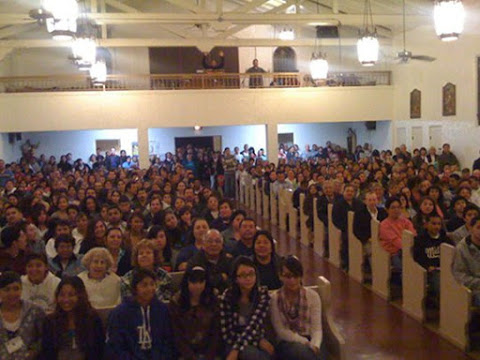 It became increasingly obvious to everyone that Holy Innocents was moving in a new direction. This attracted more people and by then it was necessary to add more Masses. 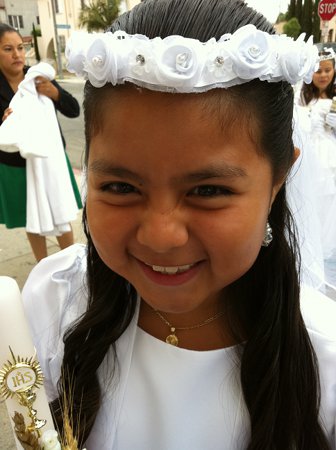 Through all this, our parishioners were amazing. I think they enjoyed watching everything unfold. 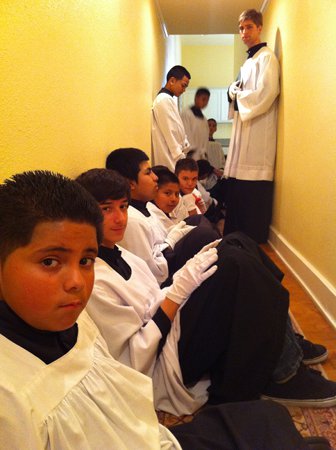 They were grateful that their poor, virtually abandoned church was being restored. 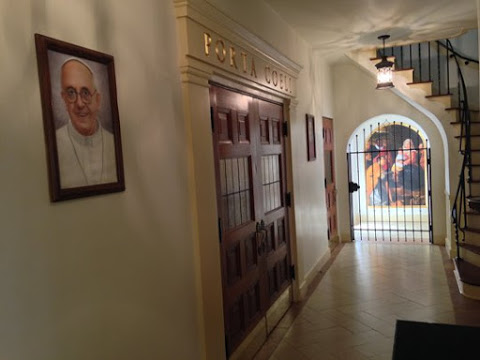 So, for four years it was all about the cleaning and fixing.

“Yes, it wasn’t until August 2011, however, that the work of beautifying the interior of the church began in earnest. A long-time friend (who is a Notre Dame-trained architect) and I devised the plans and set out with great enthusiasm.” 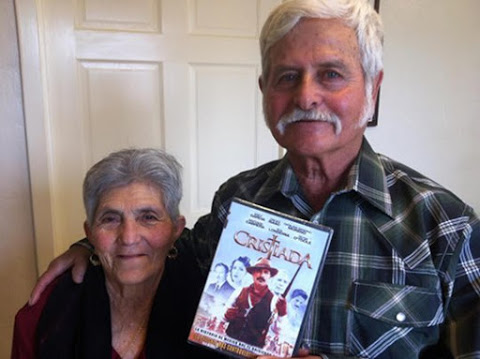 The church never closed for Sunday Mass during the four months of intense labor. Daily masses were offered in teh church hall behind the church. 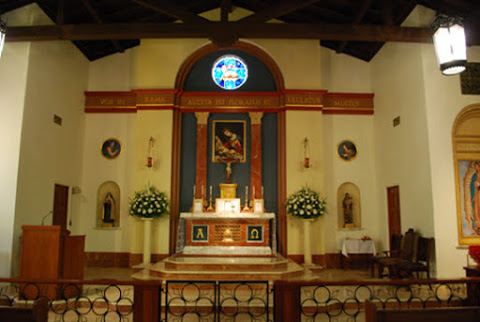 Prayer for this evening
Top 10
1
Philip Kosloski
10 Mysterious things to know about guardian angels
2
Philip Kosloski
5 Important things to notice in a Catholic church
3
Philip Kosloski
10 Things you should know about St. Joseph
4
Philip Kosloski
7 Breathtaking miracles that can restore your faith in God
5
Kathleen N. Hattrup
Pope calls us to Abraham’s hope: Full text of address in Ur
6
John Burger
Pope’s trip to Iraq is like a pilgrimage to a Holy Land
7
VaticanNews.va
Pope in Iraq: Schedule and key events
See More
Newsletter
Get Aleteia delivered to your inbox. Subscribe here.