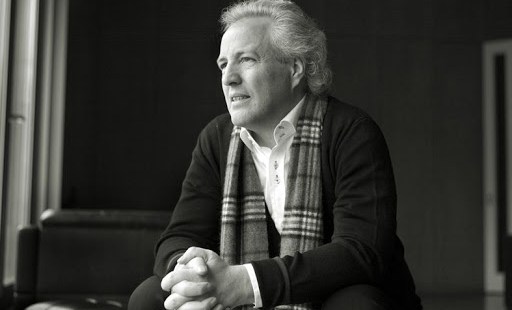 At Christmas, the focus is on one of the central mysteries of the Christian faith: the Word of God—the Second Person of the Trinity—becoming man.

In the prologue to his Gospel, St. John the Evangelist puts it this way, “And the Word became flesh and dwelt among us.”

The mystery is so profound that the believer can do little more than stand in awe, contemplating it. In fact, for centuries during the Mass, the faithful were expected to kneel (today, they are encouraged to bow) during these words of the Creed:

For us men and for our salvation he came down from heaven,

and by the Holy Spirit was incarnate of the Virgin Mary,

In Latin, the key phrase is “Et incarnatus est—and was incarnate…”

Pope Francis has spoken about these words, in particular, the way they are interpreted by Wolfgang Amadeus Mozart, in one of his great choral works.

“I love Mozart, of course. The ‘Et incarnatus est’ from his Mass in C minor is matchless,” he said in an interview last year. “It lifts you to God!”

The tender, lullaby-like way Mozart presents this part of the Creed is perfect for Christmas, when thoughts turn to a helpless Child and his loving Mother.

That section of the Austrian composer’s setting of the Mass runs about eight minutes. To many people, particularly in our fast-paced, instant-gratification world, it might seem an eternity. But the Pope specifically wants it for the Christmas Eve Mass at St. Peter’s Basilica. And he asked another Austrian to conduct it.

Honeck, 56, music director of the Pittsburgh Symphony Orchestra, spoke with Aleteia after finishing a rehearsal with the Chicago Symphony, where he has been guest-conducting this week. Honeck will conduct an ensemble made up of musicians from various orchestras in Rome, who will support Israeli soprano Chen Reiss in her singing of the Et incarnatus est.

For Honeck, the choice of the soloist is significant: Reiss is Jewish, “which reminds us that when Mary gave birth to Jesus she was Jewish.”

But Honeck is also intrigued by Francis’ choice of musical arrangement.

“He seems to be a Pope who sees some things differently,” the conductor said. “You can imagine, Gregorian chant has been used not 50 years or 100 years, but hundreds of years in the Vatican in the same way. They told me this is the first time they are using [the Mozart] between the [chant] and doing that because of his speical request.”

Honeck also said he was surprised to get a call from the Vatican to conduct.

“My manager asked me, ‘What are you doing on Christmas Eve?’ I thought it was a stupid question because he knows exactly what I’d be doing—spending time with my family,” Honeck said. He said he “never would have dreamed I would give up Christmas Eve at home” in a quiet Austrian village, but consulted with his wife and six children.

But for Honeck, a Catholic, conducting at the Vatican will be one of the highlights of an already promising career. “To be there, in the center of Catholicism and celebrating this with the Pope, is absolutely a great thing for me and will also be so for my family—a big adventure, a moment we will never forget. I expect it will be a little more hectic than at home—we always try to keep it very quiet and peaceful, but it will be a memorable experience for me to be able to see the Pope and be part of the Mass in the very place where Peter and Paul were. It’s something for me that’s very emotional.”

And, hopefully, for those in the basilica and millions of viewers and listeners around the world, a moment to slow down and reflect deeply on the Incarnation.

This article was originally published December 13.