Being Catholic Means You May Risk Losing Friends 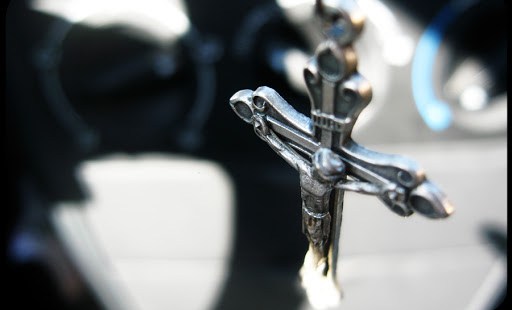 A radically intense Catholic life can be alarming to folks who prefer the comforts of living superficially.

Not long ago, I received an email:

"As a mother, an educator, a Catholic, a modern woman, I would love to hear more about your conversion–did you lose friends? Do you sometimes feel like a freak? I’m the only person I know (my age 43) that goes to Mass more than once a week. The internet seems filled with these goody two shoes Catholic mothers who sew all their childrens’ clothes and celebrate liturgical feast days and such. What if you are just kind of a slacker? How do you not get so discouraged? That would interest me."

If I had children, I told the woman, I’d probably be dispensing tips on how to refrain from selling them into slavery. But seriously, the short answer is we have to figure out what sets us on fire and then go after that thing with single-minded determination. For me, that’s been writing.

The long answer is that Catholicism is a radical search for the truth. We don’t hear nearly enough that grace costs. We don’t hear nearly enough that to follow Christ more or less means being poor. We’re not called to live in destitution but we’re clearly called to not own much more than we can use, which is really not all that much. We’re called to poverty, chastity, and obedience. And what I’ve found is that these are the most exciting, challenging, states possible! They lead to a kind of freedom and a state of being awake that is completely lacking in our narcotic culture.

There’s slacking, for example, and then there’s slacking. I myself resolutely resist being “too busy.” I think the kind of busyness that our culture aspires to and values is the work of Satan. Certain Catholic media types say we are obligated to watch mindless films and bad TV so we can meet people “where they are” and to that I say, I don’t think so. The thought of wasting even ten minutes watching some lame TV show so I can make small talk with a “non-believer” makes the hairs on my neck stand on end.

When Christ hung out with the prostitutes and the tax-payers, he wasn’t saying Let’s trade dirty jokes and gossip. He didn’t meet them at their level in that way. He met them at their level by loving them as they were and also calling them higher. You love people by seeing their terrible hunger and thirst (which means getting deeply in touch with our own), by inviting them to contribute, by showing them they have an integral, vitally important mission. By making and showing them great art and great humor, born of a path that is long, rocky, lonely and hard.

I lost my marriage in part because I converted. I quit my job as a lawyer because I converted. I’m not sure I lost friends, but I may have lost a certain closeness with certain friends. That Catholicism is constantly misinterpreted, misunderstood, maligned, scorned, despised, spat upon I can accept. What bothers me more is the view of Catholicism as mindless eccentricity. Right after Obama was elected a friend was gushing about him and after awhile she said: “You love Obama, too, right?” I said, “Well he seems like a nice enough guy but I’m not crazy about the fact that he supports embryonic stem cell research and I bet you anything nothing gets better for poor people and he starts a war or two and in about a year everyone turns around and starts to hate him.” And she said, “Oh well that’s just your Catholicism.” I almost crawled out of my seat. “My Catholicism!” I said. “My Catholicism is my life, my Catholicism is the air I breathe”…

My Catholicism is why I didn’t vote for Romney either. Time has borne me out. In last Sunday’s Los Angeles Times, I read that since 1995, the Pentagon has distributed $5.1 billion in surplus military equipment to U.S. police departments: assault rifles, mine-resistant armored personnel carriers, helicopters. I read of Guantanamo Bay inmate Mohamedou Ould Slahi who, though he has never been charged with a crime, has been in U.S custody since 2001 and has written a memoir describing, among other things, the torture he has undergone at our hands. I read a review of a book called The Invisible Soldiers: How America Outsourced Our Security by Ann Hagedorn and learned that “half of the 16,000 personnel working for the U.S. Embassy in Baghdad since the withdrawal of U.S. combat troops are contractors,” that we spend billions of dollars on mercenaries, and that according to a Blackwater executive, former navy SEAL Erik Prince, “the U.S. military is not large enough to do all the things that a complex, widespread, expensive mission like the Iraq war requires.”

So why are we there? Sewing the children’s vestments is beautiful, if that’s what sets you on fire. What’s not beautiful is trying to make Catholicism a platform where we can find a foothold, or a club of which we can be a member in good standing, or a badge of good citizenship.