When Is Christmas Over: January 1? Epiphany? Candlemas? (Whatever that Is) 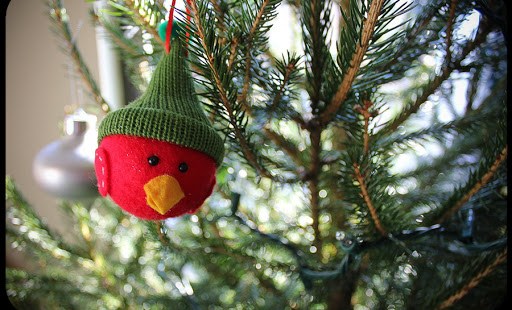 You may be amazed at the answer.

Everyone knows that Christmas begins on the evening of December 24. From past experience by the look of the neighborhood, you’d think Christmas ends—regardless of the date—on the Sunday following January 1, the last day before most people return to work and school after “Christmas break” or “the Winter [unspecified] holidays.” That’s the day when outdoor lights disappear and once-cheery trees are stripped and dumped at the curb for the next trash pickup.

So, here’s a little quiz. When does Christmas end for Roman Catholics?

It’s a bit of a trick question. First, we’ll eliminate the easy ones: “e” is out because “a” has not (and possibly never) been correct since the “Octave of Christmas” was established in the late fourth century, at or close to the time that December 25 was fixed as the date of Christmas. In an Octave (and we used to have at least 18 of them), every day is a celebration of the first day of the Octave (although the readings change). As of 1955, all Octaves were suppressed, except Christmas, Easter and Pentecost. But—here’s a little hint—the forgotten Octave of Epiphany still influences the Roman calendar.

What of “d,” February 2? Candlemas, celebrated forty days after Christmas, is traditionally the official end of Christmastide, marking the end of the liturgical seasons of Christmas and Epiphany. The season of Epiphany, although still observed in the Extraordinary Form (Latin Rite calendar), is no longer a liturgical season in the Ordinary Rite. That doesn’t mean it’s any less important, however. The Feast of the Purification of Mary is the oldest Marian feast day, dating to at least the fifth century. It also marks the Presentation of the Lord in the Temple, and the encounter with, and prophecies of, Simeon and Anna (see Luke 2:22-40).

Candlemas deserves far more attention than it receives in a typical US parish, so indulge me for a moment. It is a pivotal day in the year and in salvation history. The Holy Family fulfills the obligations of the old law that arose from Jesus’ birth, through the sacrifice of turtledoves for Mary’s ritual purification and the consecration of Jesus, as a first-born male, to God.

The feast also commemorates the third and final infancy epiphany since Jesus’ birth—the first to the poor shepherds, the second to the three Gentile kings (or Magi or Wise Men), and the third to the elderly, righteous Israelites Simeon and Anna. It will be thirty years before the next epiphany, when Jesus approaches his cousin John to be baptized in the Jordan (now remembered on the first Sunday following Epiphany and in the first Luminous Mystery of the Rosary).

The prophecies of Simeon are bittersweet. Recognizing Jesus as the promised Messiah, Simeon addresses God (in words that, differently translated, became the “Nunc, Dimittis” of Night Prayer in the liturgy of the Church):

Now, Master, you may let your servant go
in peace, according to your word,
for my eyes have seen your salvation,
which you prepared in sight of all the peoples,
a light for revelation to the Gentiles,
and glory for your people Israel. (Luke 2:29-32)

But then Simeon addresses Mary:

Behold, this child is destined for the fall and rise of many in Israel, and to be a sign that will be contradicted / (and you yourself a sword will pierce) so that the thoughts of many hearts may be revealed. (Luke 2:34-35)

For this reason, the same event is remembered in the fourth Joyful Mystery (the Presentation in the Temple) and the first of the Seven Sorrows of Mary (the Prophecy of Simeon). It is the link between the joy of Christmas and the sorrows of Holy Week. It links Jesus’ birth and his death. The Infant is both “a light to reveal you to the nations and the glory of your people Israel” (