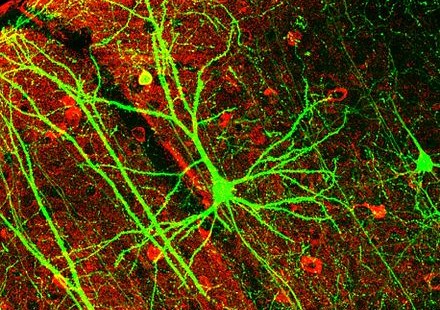 On January 2, scientists from Stanford University published a research article on Alzheimer’s dementia (AD) in the “Journal of Clinical Investigation.” It may just end up being the best news of the year, at least for those who are currently caregivers or expect to be caregivers for loved ones with AD one day. Jenny Johansson and colleagues found that by blocking the activity of one molecule found on the surface of brain cells — a receptor protein called EP2 — in mice with AD, it reversed memory loss and the mice significantly improved their performance in two different memory tests. One test measured how quickly a mouse forgets that he has seen an object earlier. The other measured a mouse’s ability to remember where a reward of food is located in a maze.

Up until now, AD medications have been able only to slow the progression of AD in some patients, but none of the drugs can actually reverse AD, as Johansson et al. were able to do. The secret lies in restoring the ability of microglial cells — the brain’s clean-up crew — to get back on the job of chewing up the little clumps and plaques that interfere with the communication between neurons (the nerve cells that make up 85-90 percent of the brain).

A little intro to how the brain works will help explain how remarkable and hopeful their research finding is.

The brain has two types of cells — neurons and microglial cells. The human brain has about 100 million neurons with branches that connect at over 100 trillion points. The Alzheimer’s Association offers this simple explanation of how the neurons in a healthy brain work:

Signals that form memories and thoughts move through an individual nerve cell as a tiny electrical charge. Nerve cells connect to one another at synapses. When a charge reaches a synapse, it may trigger release of tiny bursts of chemicals called neurotransmitters. The neurotransmitters travel across the synapse, carrying signals to other cells.

Microglial cells make up the other 10-15 percent of brain cells. They have the incredibly important task of keeping the environment surrounding the neurons clear of viruses, bacteria, dead cells and molecular debris. They can signal other microglial cells to head over to a mess and help with the clean up and they can calm inflammation before it gets out of control. By producing an enzyme that “chews up” the debris, microglial cells ensure that neurons have a clear path to send out neurotransmitter signals at synapses throughout the “neuron forest.”

But as people (and mice) age, a prostaglandin called PGE2 (which has many important functions in the body) can bind to the EP2 receptors on the surface of microglial cells, causing inflammation and preventing the cells from doing their vital clean-up work. As a result, amyloid beta (“A-beta”), which is produced throughout the body, begins to build up in the brain and clump into sticky little clusters (“oligomers”) that can then clog the synapses so neurons can no longer communicate. Larger conglomerations of A-beta form plaques, a hallmark of AD. Eventually, many neurons die, memory and other cognitive functions are lost. The brain ceases to exercise control over basic functions, including at the end, the ability to swallow and, finally, breathe.

The Stanford researchers tested their theory both in vitro and then in vivo (using living mice). Because it’s difficult to harvest a quantity of microglial cells from the brain, they used similar immune cells called macrophages that are present in the rest of the body. When macrophages from young mice were placed in a dish with A-beta clusters, they sent out recruiting signals and produced enzymes to chew up the A-beta clusters. They did not produce an inflammatory reaction. When macrophages from older mice were put in a dish with A-beta clusters, the latter caused an increase in EP2 activity, producing inflammatory molecules but not enough of the enzymes needed to chew up the A-beta clusters.

For the tests with live mice, Johansson et al. used both mice that had the equivalent of AD and normal mice injected with A-beta. By genetically blocking EP2 activity, the mice did not have an inflammatory reaction and their microglial cells were able to go about their clean up work effectively. The proof was in their successful memory testing.

The Stanford researchers are now looking into the mechanisms through which PGE2 turns microglial cells from being model clean up crews to inflammation producers and slackers. But having identified the EP2 receptor molecules on microglial cells as the Achilles heel that can go rogue and cause inflammation — which disables the brain’s clean up operation of A-beta oligomers and plaque, resulting in neuron death and dementia — there may well be an Alzheimer’s cure on the horizon.