I’m Addicted to Coffee. Should I Give It Up For Lent? 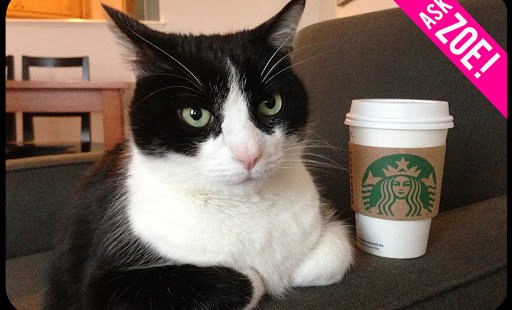 Ask Zoe is Aleteia’s advice column addressing the every day decisions we make and how faith informs and guides us. If you have a dilemma, question, or need some general advice for your life, email Zoe. All questions are given consideration and names are withheld.

Dear Zoe,
Lent just started and I’m still on the fence about giving up coffee. I’m basically addicted to it and afraid I won’t be able to function without it. Frankly, everyone I know seems dependent on coffee, but no one treats it as a big deal. Not like nicotine or alcohol, anyway. What’s your opinion about drinking coffee and do you think I should just bite the bullet and "offer it up?"

Dear Addict,
Coffee and alcohol are two substances that few bat an eye at —in Catholic circles, anyway. Both have rich histories and traditions, reportedly have some health benefits, and they’e legal. Everyone knows, however, that abusing alcohol can lead to all kinds of problems and for some, it’s highly addictive and can destroy their lives. Moderation is key for those who can tolerate it; those who can’t must stay far away.

Nicotine—still relatively acceptable, despite it’s terrible effects on health—is one of the most addictive drugs out there. I know someone who said it was easier for him to quit heroin than nicotine. Yet, I know others who smoke an occasional cigarette or cigar and have never developed a dependency. We’re all wired differently.

Caffeine is generally not nearly as problematic as nicotine or alcohol, but Dr. Oz recently did a program about people who’ve become so dependent on caffeinated power drinks they can no longer function without them. Many people are very dependent on their cup of Joe in the mornings, too, and suffer serious withdrawal symptoms if they go without, even for a day. If this is true for you, it may not be a bad idea to stop drinking it for a while, and what better time to conquer a dependency than the season of Lent?

If giving up coffee will seriously interfere with your ability to function or be civil to others, consider going down to half a cup or weaning yourself off of it gradually each week of Lent. Only you can determine the degree you’re dependent on coffee and whether you need to eliminate it entirely or use it moderately once you’ve reduced your dependency on it.

Catholics are called to treat our bodies as temples of the Holy Spirit and to make sure nothing else is the master of our lives except for our Maker. This is a helpful guide when looking at your habits. Hope you have a fruitful Lent!

*********
If you have a dilemma or question for Zoe, please send it to: askzoe@aleteia.org

Zoe Romanowsky is the Lifestyle Editor and Video Curator for Aleteia. A freelance writer, blogger, and consultant, she’s been published in many national publications including Real Simple, Catholic Digest, Baltimore Eats, and TruthAtlas. Zoe holds a Masters degree in Counseling from Franciscan University, and a certification in life coaching from the Coaches Training Institute (CTI). She’s an urban homeschooling mother of twins with a weakness for dark chocolate, Instagram, vintage Harleys, and vodka martinis—not necessarily in that order.