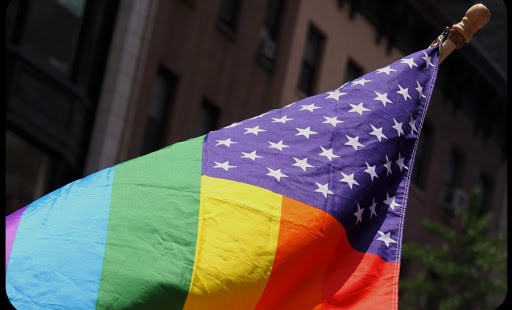 On Monday, February 23, Secretary of State John Kerry proclaimed, “I could not be more proud to announce Randy Berry as the first-ever Special Envoy for the Human Rights of LGBT Persons.” Come again? I have served in the US State Department and do not recall such a position being listed in its table of organization. Where did the creation of this position come from?

It turns out that Sen. Ed Markey, D-Mass., and Rep. Alan Lowenthal, D-Calif., had introduced legislation in the last Congress to create such a position, but the bill died. The bill was reintroduced in the new Congress, with zero chances of passage. As we know, the Obama administration is not deterred by Congress’ failure to act or outright opposition, so it is simply created the position by executive fiat. This has the added advantage of not requiring Congressional confirmation of the openly-gay Mr. Berry in the new position. It simply becomes an executive branch appointment.

But what exactly is Mr. Berry supposed to do “for the Human Rights of LGBT Persons” in foreign countries? Well, it turns out, according to Secretary Kerry that, “Too often, in too many countries, LGBT persons are threatened, jailed, and prosecuted because of who they are or who they love.”

Arrested because of “who they are or who they love”? I put aside Mr. Kerry’s ungrammatical expression, which should have read, “whom they love,” – not “who they love,” which has two subjects without an object. If you can be arrested for who you are, you obviously do not live in a country with the rule of law, based upon the principle of equality. Rather, such discrimination would be based upon some race theory of history, as was the case in Nazism, or a class theory of history, as was the case with Communism. Those were regimes where you could be arrested if you were not of the Aryan race, or if you did not belong to the proletariat class. Americans can be proud that its diplomats did everything they could against such injustice.

Being arrested for whom you love seems a bit trickier because it would seem unavoidably to deal with how the love is expressed and in what relationship. Does it forbid love between uncles and nieces, or between choir directors and choirboys, or between brothers and sisters, or husbands and wives? Of course not. That would be absurd. What this really points to pertains to another question entirely: Is there a particular expression of love appropriate to each of these relationships that might not be appropriate to the others? This snaps things back into focus as clearly a brother and sister should not express their love for each other as their parents do.

It is hard to know what to make of the laws Secretary Kerry alludes to without reading them. In any case, apparently, there are some 76 countries with such laws that it will be Mr. Berry’s job to work against. The State Department said Berry would push to end laws in dozens of countries around the world that criminalize same-sex relationships. That narrows it down. “Who you love,” then, means only the relationship between two men or two women – two subjects without an object, which neatly encapsulates the problem with this kind of “love.”

Even narrowing it down by excluding sisters and brothers and the other possibilities, this certainly remains a big job; so I decided to take a look at some of the laws that purportedly persecute people because of who they are or whom they love. Here is a sample of the more than 40 I looked at. I list the country and then the wording from the relevant legislation and what it specifically forbids.

Uzbekistan: “voluntary sexual intercourse between two male individuals”; Yemen: “Homosexuality between men is defined as penetration into the anus”;