The Alpha Course: Meeting Jesus in the Land of the Lost 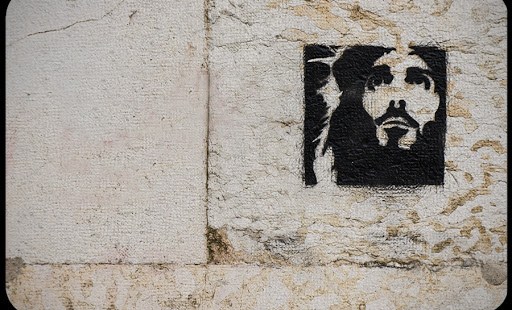 In order to survive in post-Christian world churches must adapt

Here is a riddle. A few years ago, the Catholic Archbishop of Paris, Jean-Marie Lustiger, cited the two gifts of modern Protestantism to the Catholic Church, namely the Pentecostal movement and… what? Actually, he was referring to the Alpha Course, a successful and innovative tool for evangelism, and one specifically designed for the social conditions of contemporary West.

By way of background, established and mainstream churches have been doing appallingly badly in modern Europe. Church attendance has collapsed, vocations are in free fall. Partly, this is a consequence of shifting economic and social conditions, which have so undermined assumptions about how people live and work. In cities especially, people are much more likely to be single, or couples without children, and rarely do they expect long-term employment in vast factories or offices. That means that they can no longer be easily reached by traditional means of networking through school or workplace. The decline of older notions of community and collective identity is reflected in sharply declined church adherence.

In order to survive, churches must adapt to these new realities, and a few have done so, triumphantly, by deploying new strategies of decentralization and lateral networking. While the Church of England has shrunk dreadfully in numbers and adherence, some evangelical and charismatic parishes have flourished and have come to resemble an enthusiastic U.S. denomination, although often worshiping in venerable Gothic churches.

The movement is seen at its strongest in a London parish such as Holy Trinity, Brompton (HTB), which attracts over 3,000 to its Sunday services. Like an American megachurch, the life of Holy Trinity is based on intense small group activities, organized through its fifty pastorates. These are lay-led groups of twenty-five to thirty each who meet fortnightly in non-church locations. Holy Trinity is committed to church planting and has established seven offshoot churches following its evangelical principles and worship style. The present Archbishop of Canterbury, Justin Welby, has strong associations with the church and its clergy. In the suspicious phrase used within the Church of England, Welby is “HTB-Positive.”

In 1977, Holy Trinity curate Charles Marnham created the Alpha Course with the goal of instructing new believers. Through the work of the Reverend Nicky Gumbel, Alpha then changed direction, becoming a means to convert and attract outsiders to the faith. (Gumbel is incidentally a contemporary and long-time associate of Welby). Like the Catholic new ecclesial movements, the Alpha Course is designed for a society in which Christians possess minority status and can assume no wider knowledge whatever of their doctrines or beliefs. With its assumptions of individualism, popular skepticism, and non-hierarchical networking, and its unwillingness to invoke dogmatic authority, it is intended to confront the forces driving toward secularization, and to use those forces for evangelistic ends.

The course is an introductory series of lectures and discussions that present Christianity to a society that is seen as a religious blank slate. Curious inquirers are recruited through friends and informal contacts, who invite them to meet for dinner, a lecture, and a discussion, generally using a videotaped presentation by Gumbel himself.

In attracting participants, the course relies on precisely none of the means that form and sustain social interaction in a more organic community. Members are not there because of people they meet at church or school settings, or even at the workplace; they almost certainly do not attend church, they might well be childless, and they often work on short-term contracts that do not allow long-standing acquaintance.