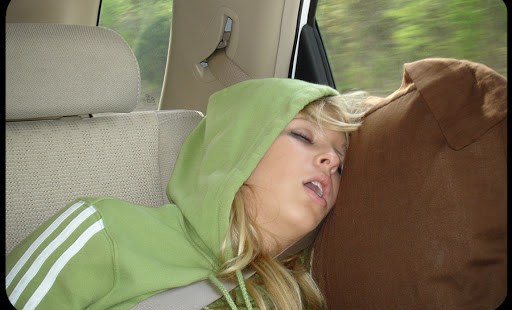 If you can’t get your teen to go to bed, you’re not alone. American teens sleep less now than they did twenty years ago, according to a study published in the medical journal Pediatrics.

This very large study looked at more than 250,000 teens between 1991-2012, and the results are eye-opening. As our children move through adolescence they sleep less and less. In the past twenty years there has been an overall decline in adolescent sleep. More than half of teen ages 15 and older sleep less than seven hours per night, and about 85% of teens get less than the recommended 8-10 hours of sleep per night. Ages 14-15 seems to be a big turning point for sleep deprivation, a year when teens experience the greatest drop in hours of sleep each night.

“Overall, across 20 years and all age groups, 12 to 19, there has been a downward shift in the proportion of adolescents getting seven or more hours of sleep,” says Katherine Keyes, co-author of the study.

In other words, your teen probably needs at least 1-3 more hours of sleep per night than he or she is getting.

But most teens don’t want to go to bed, and that’s normal. During adolescence, biological sleep cycles shift so that it’s natural to want to go to bed later and wake up later. It’s also natural for a teen to have trouble sleeping before 10 or 11 p.m. and then need to sleep in until 8 or 9 a.m. Their middle aged parents also go to bed around 10 or 11 p.m., but need less sleep and hence don’t have trouble waking up earlier. And hence we have a set-up for the classic problem: Teens and parents both go to bed around 10 or 11 p.m., and parents wake up for work, but teens don’t want to wake up for school.

Your teens aren’t lazy, obstinate, or difficult; they just need more sleep. Here’s the bottom line: it takes virtue to get to bed on time. We have to teach our children (and ourselves) to say no to all the distractions.

A lot of teens think they get enough sleep even when they don’t. This research showed a mismatch between perceptions of adequate sleep and actual reported sleep times. Females, racial/ethnic minorities, and adolescents of low socio-economic status (SES) were the most likely to think they were getting enough sleep yet report an inadequate number of hours of sleep.

Sleep is essential for both physical and psychological health, as well as academic performance. “The road to academic success is paved with sleep,” according to Dr. James Kemp, the director of our sleep center at St. Louis Children’s Hospital. Sleep helps kids do well in school, improves social functioning, prevents illness and injuries, and may even prevent obesity.  Sleep deprivation is strongly associated with adolescent depression and anxiety.

Here are nine ways you can help your teen sleep more:

Advocate for later school start times: Based on extensive research, the American Academy of Pediatrics recommends that middle and high schools should start at 8:30 a.m. or later. Later school starting times is a cost-effective approach to improving academic performance, and has even been shown to increase lifetime future earnings. Read more about this topic in the AAP’s policy statement on school start times.

Talk to your child about sleep: Lots of teens don’t realize they aren’t getting enough sleep and don’t recognize the importance of sleep for health. Your teen may just need some education on the subject. Not sure how to start the conversation? Show them this article as a starting point.

Leverage the natural power of melatonin: Melatonin is a natural hormone made by your brain that triggers that sleepy, I-can’t-keep-my-eyes-open feeling. Light exposure reduces melatonin production, including blue light from LED screens. Dim lights and pull shades to darken your home at least 30 minutes before your child’s bedtime. The darkness will trigger a surge of melatonin that will make bedtime much easier. Melatonin supplements are available over-the-counter at most pharmacies. I do not recommend regular melatonin use in children or adolescents, but there are some situations where short-term melatonin use may help kids get back on a sleep schedule. Do not give your child melatonin without first discussing it with your pediatrician.