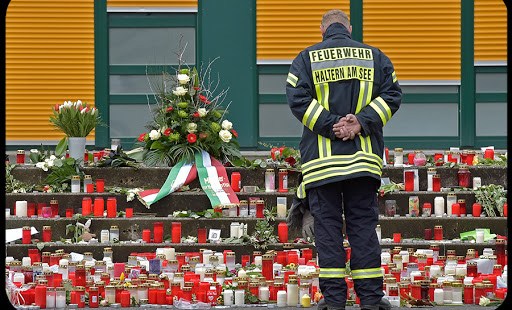 A psychiatrist warns of the perils of selfishness

A burning question in the minds of millions of people is why Andreas Lubitz deliberately crashed a jetliner into the Alps killing himself and 149 innocent passengers.

Early reports indicate that he was struggling with depression about his career lead many people to erroneously conclude that this illness caused his actions. Severe depression and hopelessness lead to self-destructive behaviors and rare violent actions against others, but not to massive killing.

If it wasn’t depression, then what was it that drove Lubitz’s evil behavior?

His former girlfriend of seven months has given us important clues. She has related that he said, “One day I’m going to do something that will change the whole system, and everyone will know my name and remember.” She has stated that if he deliberately brought down the plane, “it is because he understood that because of his health problems (most likely with his vision), his big dream of a job at Lufthansa, as captain and as a long-haul pilot was practically impossible.”

When she felt unable to deal with his growing problems and his increasingly volatile temper any more, she ended the relationship. She related, “During conversations he’d suddenly throw a tantrum and scream at me. I was afraid. He even once locked me in the bathroom for a long time.”

He appeared to have made a desperate last attempt to win her back by buying her a brand new Audi car only weeks ago. She apparently said no, as the car was never delivered.

In some individuals, when it becomes clear that they cannot have what they want and feel entitled to, they develop severe anger and go into a rage against others, including murderous behaviors. Others engage in the violent act of rape because they feel entitled to sex.

What is the psychological conflict that causes this maladaptive thinking and emotional and behavioral responses? It is the most extreme form of selfishness, described in the mental health field as narcissism. This progression is comparable to the common struggle with anger—its most severe manifestation is a sociopathic, criminal personality.

Academic psychologists Twenge and Campbell  have described the alarming growing narcissism in the culture in the their book, Narcissism Epidemic: Living in an Age of Entitlement. Narcissism results in an exaggerated sense of self-importance, grandiose thinking, an exaggerated desire to be recognized, and intense rage in some when they do not obtain what they desire.

Lubitz essentially told his girlfriend that if he could not be recognized as an important international pilot with Lufthansa, he would find another way to make a name for himself in the aeronautics industry. He succeeded in his goal by now being identified as one of the greatest villains in aeronautical history.

In our clinical experience, narcissism is rarely identified as a source of sadness, anger, and violent impulses. In fact, it was only in the second edition of our American Psychological Association textbook on the treatment of anger through forgiveness therapy in 2015 that we identified it as a major source of anger in children and in adults. In 2000 we did not fully understand its role in the development of excessive anger in psychiatric disorders.

Now, given the epidemic of narcissism in the culture, we attempt to evaluate its influence in all patients with mood, behavior and personality disorders.

Selfishness from a Christian perspective has its origin in the Fall and Original Sin. Parents do not have to teach toddlers to shout “Mine!” when an object they desire is held by someone else. It is only at three-and-a-half to four years of age, after much patient correction and good example by parents, that children are finally willing to take turns and share with others.

The significant dangers of self-love used to be communicated in our churches, families, and schools as an important aspect of personality development. We were taught that the dangers of self-love could even lead to hatred of God, as Saint Augustine warned. But decades of pop psychology promoting inflated self-esteem, indulgent parenting, and moral relativism have made “me first” normative.