Mosul’s Cathedral Being Turned into a Mosque, British Bishop Reports 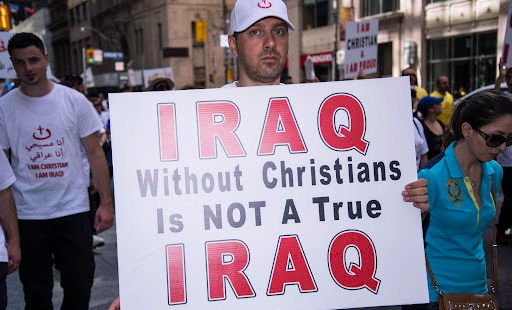 Radical Muslims may have been frustrated in turning certain Christian shrines into mosques—Hagia Sophia in Istanbul and  the cathedral of Cordova come to mind.

But apparently, they’re having success in Mosul, Iraq’s second-largest city, which was overtaken by the Islamic State group last summer.

According to the Tablet, the same group that has been killing religious minorities in the way of their establishing a caliphate and destroying archaeological heritage sites they consider idolatrous is desecrating the city’s Catholic cathedral and converting it into a mosque.

Their source for the story, Cardinal Vincent Nichols, recently visited Iraqi Christians who have fled to Erbil in Iraqi Kurdistan.

The cardinal, president of the bishops’ conference of England and Wales, said in an article for itv.com that the “brutal displacement” of Christians from Mosul left many people traumatized. “I met fathers of families who no longer had any sense of ‘self’ and of their responsibilities. Shape and purpose had disappeared from their lives. I felt their raw anger and growing sense of helplessness.”

He said displaced families simply want to go back to their houses and their land. For this to be possible, he said, “territories have to be liberated, a new rule of law established and a shattered social network rebuilt."

If they do return, the conversion of their main church into a mosque will be one item of many that will have to be sorted out.