The Culture War: Stand Up and Fight 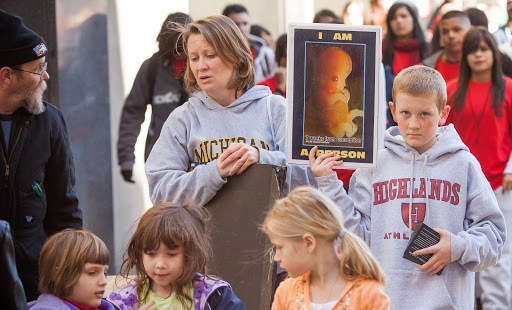 “I don’t believe the seeds for 1968 were planted in 1776,” said Robert P. George in a Facebook discussion. The McCormick professor of jurisprudence at Princeton, he’s the conservative Christian academic whose name is recognized by New York Times reporters, and the most hopeful Christian public intellectual I know.

Someone had posted an article on the marriage debate and others jumped in to blame the problem on “the Enlightenment.” Their point seemed to be that America is an Enlightenment creation, inevitably moving to the legalization of same-sex marriage and the wide social acceptance of the innovation.

The Declaration of Independence and the Constitutional Convention led to the barricades of 1968 and the cultural revolution we call the sixties, and that led to the current tidal wave of enthusiasm for making normal and normative the homosexual imitation of marriage. Men who never in a million years would have considered same-sex marriage possible, much less legally protected, set the trajectory. Therefore, though no one quite said this, Christians can’t do anything about the continuing liberalization of American law and culture and should give up public resistance.

Many thoughtful Christians do say this. The likelihood that the Supreme Court will make same-sex marriage the law of the land and the recent sharp increase in public hostility to moral conservatism have increased the number of them. It will jump sharply if the Court rules as it’s expected to do, especially if (as seems certain) the major Republican politicians fall into line with the new orthodoxy.

The advocates for retreat make different claims though they come to pretty much the same answer. Some think the problems inherent in the American founding, others that modern America has rejected its founding. Both think the game over. Christians need to create alternative communities and hold on to such independence as they can. Some call this “the Benedict option,” named by my friend Rod Dreher after a famous passage from the end of Alasdair Macintyre’s After Virtue:

A crucial turning point in that earlier history occurred when men and women of good will turned aside from the task of shoring up the Roman imperium and ceased to identify the continuation of civility and moral community with the maintenance of that imperium. What they set themselves to achieve instead . . . was the construction of new forms of community within which the moral life could be sustained so that both morality and civility might survive the coming ages of barbarism and darkness. . . . We are waiting not for a Godot, but for another — doubtless quite different — St. Benedict.


I understand the impulse. I understand the analysis and the reasoning, much of which seems to me sound. Some very thoughtful people, like Rod, Notre Dame’s Patrick Deneen, and of course Macintyre, argue this way. I see the appeal of the alternative. And not just the appeal, but the prudence: if we’re going to lose, we better start building our forts now. Supplies need to be laid in for a long siege.

But retreat even now seems to me wrong. Robby George certainly thinks so. He insists that issues like same-sex marriage can still be contested in the public square and public arguments can still be made with some hope of success. (In this he’s joined by the irrepressible and irreplaceable Ryan T. Anderson, now the public face of the defense of marriage.)

In the Facebook exchange, he rejected the intellectual genealogy, but noted that the people who think America misdirected from the start are still his allies and comrades. But — this is my take, and doesn’t apply to Rod and the others I mentioned — allies and comrades who’d left the front lines to read books in the library and argue causes and effects in the coffee shop. “My point is simply this,” Robby wrote,

If you are pro-life and pro-marriage (whatever you think about “the Enlightenment’s” responsibility for our current plight), get yourself into the fight. You are needed. Enough with the defeatism. Stand up for the child in the womb. Bear witness to marriage as the conjugal union of husband and wife. Take the personal and professional risks that come with bearing witness. Meet the sacrifices it demands. No excuses.