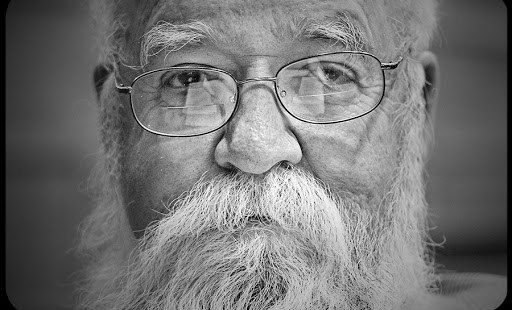 In recent years, so-called New Atheists have become more aggressive and vociferous, and have achieved considerable media visibility. Normally, it rarely pays to argue with them, as their general cultural and historical ignorance means that you have to explain too many basic factual issues to them before you can share any common basis for proceeding. On occasion, though, one of the pack says something that is so silly and obnoxious as to demand a response, and this is one of those occasions.

Recently, in the Wall Street Journal, Daniel Dennett of Tufts University published a piece called “Why the Future of Religion Is Bleak.” By training, Dennett is a cognitive scientist and philosopher, who has become a prominent atheist advocate. Every line in his piece cries out for rebuttal, but one passage in particular is intolerable.

Dennett argues that human moral improvement has discredited older and more primitive ideas of God, and that process will continue until the whole concept of divinity becomes as obsolete as any other children’s fable. He declares, “Hardly anybody today believes in—or would want to believe in—the wrathful, Old Testament Jehovah, for instance. A God who commands our love is a nasty piece of work by today’s perspectives, and has been replaced, over the centuries, by ever-less-anthropomorphic (but more “loving,” more “forgiving”) addressees of our prayers.”

For centuries, one of the ugliest aspects of Christian and secular culture was the crude stereotype of the Old Testament. Even in ancient times, Marcionite Christian heretics presented the Old Testament God as a violent, capricious monster, who stood in harsh contrast to the loving and merciful deity revealed in the gospels. Jesus, in that view, came to rescue the children of Light from the cruel God who slew the Egyptians in the Red Sea, and ordered the massacre of the Amalekites.

Such a pattern of religious Dualism did not last into modern times, but it used to be very commonplace to find some such dichotomy. Allegedly, Judaism was the faith of the wrathful, legalistic God of the Old Testament; Christians followed Jesus, and his words of love and mercy. Only a hundred years ago, the great Bible scholar Adolf von Harnack wanted to eject the Old Testament from the Christian Bible, an act he saw as the logical conclusion of the Reformation. Von Harnack himself was not anti-Semitic, although plenty of his sympathizers in such matters were. But the stereotypical dismissal of the Old Testament is certainly anti-Judaic, in the sense of stigmatizing the Hebrew Bible that is the foundation of Jewish faith and identity.

It is hard to know what is most incorrect about this cliché of “the wrathful, Old Testament Jehovah,” or most offensive. A century of Bible scholarship has made it absolutely clear that virtually everything Jesus preached can be found in the Hebrew Bible or Old Testament, including many sayings and pronouncements that seem most radical and innovative. Any attempt to separate Jesus from his Jewish roots – or the New Testament from the Old – is utterly misguided, and doomed to fail. The whole vision of God as loving and forgiving derives from the Old Testament, as is clear to anyone who has ever opened its pages. If you think of the Old Testament God as merely “wrathful,” your knowledge of the text is very slight.

Professor Dennett refers to the Old Testament God as Jehovah. I have no idea why he is using that term, which is a Latinized version of one guess at the divine Name mentioned frequently in the Bible. The form was much used in earlier translations in the seventeenth century, and it is still employed today by some obstinate fundamentalists. Not for many years has it been used by mainstream scholars or translators, Christian or Jewish.

The fact that Professor Dennett uses it may indicate the point at which he gave up following serious scholarship in these matters.