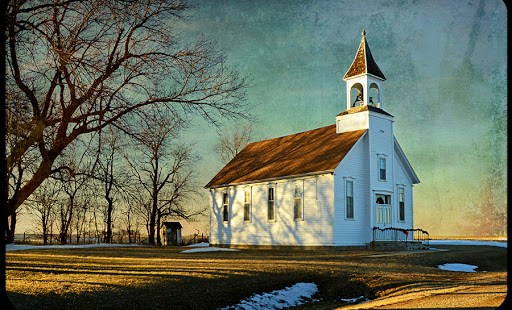 I would have enjoyed listening to his wife read grocery lists or the names in the phone book. I was sitting one evening last year in the living room of a new friend named Carl Trueman after we’d given a talk on writing to some of his seminary’s students. In the course of a long, pleasant evening, we’d talked about theology, culture, family, books, sports. Carl is English and his wife Scottish. He’s also a professor of Church history and former provost of the flagship intellectual institution of Calvinist Christianity in America, Westminster Theological Seminary.

The theological divide was great, and yet a good time was had by all.

Recently Carl commented on an article I wrote for TheNew Oxford Review titled The Perils of Ecumenical Straight-Talk, about the work I half-jokingly call “the apostolate of ecumenical clarification.” (I’m a contributing editor of the magazine.) A lot of Christians, Catholic and Protestant, rely upon three-quarter truths like “The things that bind us are greater than the things that divide us” to erase the obvious differences and the problems they can cause. The problems range from a conversation-stopping embarrassed shuffling of feet to “I’m outa here” and the slamming of doors. Ideas like this don’t help

when conservative Christians have an agreeable discussion about the problem of homosexual “marriage” and the talk turns to the nature of marriage itself and the intrinsic need to be open to life. Piping up with “The things that bind us are greater than the things that divide us” does not keep the room from chilling when one side in effect says to the other, “Your wife shouldn’t be on the Pill,” or, from the other side, “You should be more careful not to have more children.”


I had described a particularly difficult exchange with an academic I knew who objected angrily to my observation that on three moral issues — contraception, clerical celibacy, and remarriage after divorce — mainstream Evangelicals generally agreed with dissenting Catholics rather than obedient Catechism Catholics. This is a matter of observable fact, but he acted as if I’d accused them of human sacrifice.

I could have gone further, Carl wrote in an article for First Thoughts. In Vivent les Differences, he offers three sources for the reaction I described. The first is the “triumph of aesthetics and consumer taste over doctrinal confession.” He gives as an example the Evangelical transformation of C. S. Lewis and Dietrich Bonhoeffer into conservative American Evangelicals, which “they were most definitely not.”

I would just add, in a by-the-way sort of way, that Evangelicals do this with Catholic heroes as well. Any good Catholic, say Mother Teresa, is a “Christian” and therefore one of them. Any bad Catholic they leave to us, and sometimes invoke them as evidence against Catholicism. (And when some Evangelical goes bad, they find a way to say "Oh, but he’s not a real Evangelical.”) It is true that Blessed Teresa of Calcutta was a Christian but it is also true that her way of being Christian was deeply Catholic. We’re happy to share the great woman but we’d like the Church to get some credit for her being great.

Back to Carl’s article. The second source for the reaction, he writes, is “a faulty understanding of the catholicity of theological discussion.” Orthodox Christian theology, he notes,

has not developed over time by slowly watering itself down so that anyone and everyone is seen to stand on the same ground, with any differences being by definition marginal to the heart of the faith. In fact, Christian theology has developed through vigorous engagement between differing positions. Such engagement can only take place if we are prepared to acknowledge the existence of serious differences.