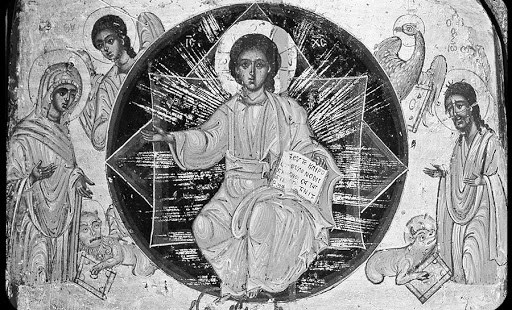 This year marks a remarkable anniversary in the study of Christian history. Seventy years ago, in late 1945, some Egyptian peasants discovered a trove of early Christian texts including several alternative gospels, all probably buried in the 380s. When they became available in translation in the 1970s, these so-called Nag Hammadi texts caused enormous excitement, suggesting as they did that the earliest Christianity was far more diverse in tone than we might expect from the canonical New Testament, much more mystical and speculative. This was for instance the view presented in Elaine Pagels’s accessible and vastly popular 1979 work The Gnostic Gospels. Such ideas have been reinforced by a series of subsequent finds, such as the Gospel of Judas.

Forty years ago, I read Robert Graves’s novel 1946 King Jesus. Even then, I could see many things wrong with the book, and I find plenty more in retrospect. That novel is not a patch on Graves’s much better known work, above all I Claudius. The basic plot of King Jesus is quirky to the point of bizarre. Graves believes that kingship was central to understanding Jesus’s career, but his kingdom was definitely of this world. Jesus’s mother was Mary, and his father was a royal prince, making Jesus the legitimate heir of the Herodian dynasty. Adding to this, Graves had his distinctive ideas about the ritual nature of sacred kingship, drawing heavily on books like Sir James Frazer’s The Golden Bough, as well as a number of crank theorists and charlatans who wandered into the author’s orbit. Parts of the book are incomprehensible speculations about lost sacred calendars, together with eccentric parallels between Hebrew religion and Greek mythology. It all gets wearing.

So why should anyone read the book today? The best reason is to challenge the myth history we commonly share about the study of Christian origins. Every so often, we hear breathless reports of the discovery of some alleged ancient gospel, which supposedly revolutionizes our understanding of early Christianity. Reading Graves, though, we understand just how nonsensical such claims are, and how very much we have always known about alternative or even seditious views of the Jesus story.

Graves was actually writing before the Nag Hammadi discovery, and long before the finding of the Dead Sea Scrolls (1947). Yet even at that date, Graves had full access to a panoply of lost gospels and Gnostic fragments, from which he concocted a mythology that includes virtually every radical view of Jesus that has surfaced in later years. We find Jesus as the secular revolutionary; the husband of the pagan goddess of the land; the expounder of Oriental wisdom; the secret heir to the secular kingdom of Israel; the master of Hellenistic mysteries; a participant in ancient tribal fertility rites; an esoteric teacher and numerologist; and—of course—the husband of Mary Magdalene.
Quite apart from the political content of the main plot, this is a thoroughly mystical Jesus utterly at home with the Gnostic schools of thought of the second and third centuries. As so often in the texts of such later movements, Jesus moves in a world of active and powerful female interlocutors, including Mary Magdalene and Salome. This is a Jesus that we have come to know so well from modern reconstructions of the Gnostic gospels.

Reading King Jesus today, a reader might curiously be rechecking the copyright date, to see whether in fact this is a strictly contemporary book that has somehow been mislabeled and thrown back to the 1940s. Any modern reader, for instance, will be startled by the book’s epigraph, which includes a sequence of quotes from alternative gospels that we think must be very modern rediscoveries:

“When in the Gospel of the Egyptians, Shelom [Salome] asked the Lord: "How long shall death hold sway?" he answered: "So long as you women bear children." … "When Salome asked when she would know the answer to her questions, the Lord said, When you two women have trampled on the garment of shame, and when the two become one, and when the male with the female is neither male nor female.” …. And the Savior said in the same Gospel, “I have come to destroy the works of the Female.”

Graves is adapting his sources here, but he gives an excellent impression of the tone and content of the ancient alternative gospels. Some of his quotes, by the way, are closely echoed in the Gospel of Thomas, commonly regarded as one of the most thrilling of modern discoveries related to Jesus. Throughout the book, his Jesus moves in this “Gnostic” ambience.