Would You Give Up a Child for the House of Your Dreams? 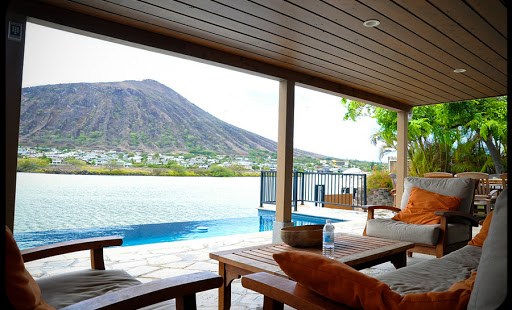 This woman did … and regrets it

That’s why I was surprised over the weekend when a blog post from the magazine’s website went viral on my social media feed not as fodder for inspiration, but as fodder for debate.  “I Made a Huge Sacrifice to Buy My Dream Home,” screamed the headline followed by the teaser: “Luxury living comes at a premium. Here’s what one woman was willing to give up to afford it.”

What did author Sarah Scott sacrifice in order to buy her dream home?  I was surprised as anyone when I read that she had “sacrificed” a child.

First things first: Despite the clickbait-y headline, no, Scott didn’t toss her firstborn on an altar and perform a ritual slaughter in exchange for a down payment.  That might have gotten her arrested.  What she did do was agree to contracept any children after her second, so that her husband could comfortably afford the mortgage on the “fully-loaded luxury home” they built together – “comfortably” meaning he can cover the dream home, their vacation timeshare, a yearly vacation to said timeshare, and all the household expenses, while she stays at home with the kids.

Scott speaks of “a certain sense of pride” she and her husband enjoy with regard to living such a luxurious lifestyle at an early age – the couple are in their early thirties – to which she credits the “carefully premeditated financial choices we have made.”

“None of this just happens,” Scott writes, with all the hubris of a young and privileged woman who was neither born into true hardship nor has, as yet, faced any unforeseen setbacks. (Ask the young military widow or the mother stricken by stage IV cancer about “carefully premeditated choices,” Ms. Scott.)  “We prioritize, stick to our plans, and are teaching our young children about self-control by living as their example,” she writes.

Those are all great lessons to teach your kids, but sometimes life doesn’t neatly line up with our plans … and sometimes, neither do our deepest desires.  Scott is discovering this the hard way, now that she has what she thought she wanted.

“[O]ur story comes with a deeply rooted secret,” Scott confesses. “We weren’t planning on this change of heart when we purchased our home but we would like to have one more child.”

“My uterus literally aches despite the fact that logic suggests we can’t afford it right now. After talking it over, and trying to adjust the budget, we have come to the conclusion that the decision to buy our dream home last year has eliminated the possibility of having any more children. Unless circumstances suddenly change, in order to have one more child, we would need to downsize.”

Scott claims that not only would another pregnancy mean selling their dream home and moving to a smaller house, she would probably have to go back to work as a teacher, losing valuable time with her kids.  Meanwhile, she writes, “Our annual vacation would disappear because we would need to sell the timeshare to make up the difference.”

Since Scott does not back up her assertions with any facts or figures, I can’t say whether her assessment of the situation is accurate.  Having had two children of my own – both in private school, no less – I know how expensive they can be. Still, I find it difficult to believe a single baby’s monthly expenses would so far exceed the cost of the mortgage and upkeep on a “fully-loaded luxury home” and the total value of a timeshare that Scott would have to sell everything and still go back to work.  Then again, I’m not nearly as meticulous a financial planner as Scott and her husband apparently are, so maybe there’s something I’ve overlooked.  But when I see Scott trying to convince herself to deny her own maternal urges, I can’t help but feel that something in her thought process has gone terribly awry: