Why We Shouldn’t Forget That Jesus Was a Jew 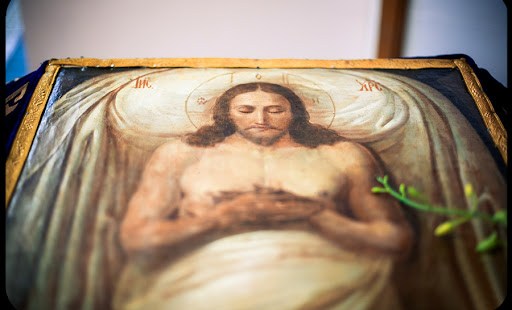 Claiming the golden key of understanding our faith

When my number two daughter was in fifth grade, she and three other classmates got into a dispute. Was Jesus a Jew or not? The classmate said no; impossible, Jesus was a Christian and never was he a Jew.

My daughter has never suffered ignorance very well and this became a heated exchange that eventually came to involve the school counselor. Mind you, no one was seeking to solve a theological argument between fifth graders; just keeping peace in the classroom seemed a fair thing.

The incident genuinely disturbed me. If average church-going Christians living in the vicinity of my neighborhood know so little of Jesus and Judaism, what other anti-Jewish things borne of ignorance might arise? Two murders at a nearby Jewish Community Center sadly come to mind.

What loss is it to Christians if we deny the Jewishness of Jesus? Pointedly, we would lose our Christianity.

It is an old variety of heresy, Marcionism. Named for Marcion, who disturbed the Church of Rome around AD 144, he insisted the teachings of Christ are incompatible with the God of the Jews. The Jewish God was a “lower” god; Christ was the representative of the “higher” God.

Marcion occasioned a schism and got away with it for awhile; he had dumped a boatload of money on the church, buying space for his heresy. The Roman Church scraped its coffers and returned every denarius of Marcion’s donation while directly condemning his doctrine.

But as the instance of my daughter’s classmate shows, some―too much―of his influence yet lingers. Without the Jews, Christians become Gnostics detached from the history and the humanity of Christ.

Christians owe much to the Jews. Worship, for instance. Synagogue worship at its root is the Christian service of the Word: scripture readings from a lectionary, hymns, prayers, and sermon. The sermon itself was a Jewish invention; there was nothing like in pagan practice. Early Christians took the synagogue service and to that added “the breaking of the bread.”

We owe the Jews the conception of canon, a standard set of scriptural texts for use in worship. From them we also acquired the anamnesis of the Eucharist from Passover. Just as the Mah Nishtanah (the four questions) of the Passover Haggadah makes every Jew a fellow traveler in exodus from Egypt, so the verba (Words of Institution in the Lord’s Supper) places every Christian in the upper room with Jesus “on the night of his betrayal.”

We owe far less to the pagans than many, especially the critics of Christianity, popularly believe and far more to the Jews than many admit. Yet Christ makes no sense anywhere except within the context of Judaism. Church and synagogue belong close together.

Amy-Jill Levine, a Jewish New Testament professor at Vanderbilt, does a favor to Christians with Short Stories by Jesus: The Enigmatic Parables of a Controversial Rabbi (2014). She asks what Jesus’ audience―first century Second Temple Jews―heard in the parables. She aids the reader to access the parables as if for the first time, as if we are Jews. Most strikingly, of course, since Jesus was Jewish, they did not hear the anti-Semitism that came so easily to infect Christian sermons. Levine searches for the Jew, for Jesus, and Christians come away with a heightened appreciation of his work.

Likewise, Paula Fredriksen’s Augustine and the Jews: A Christian Defense of Jews and Judaism  (2008) examines how St. Augustine, by the study of scripture, was able to formulate a theological guard against the anti-Judaism not only of his Manichaean opponents but, as he fought his way through it, also that of his own church. Augustinian regard for the Jews is credited with saving many Jewish lives―by both bishop and pope―against anti-Jewish cruelty and the brutality of the mob in medieval Europe. God was the source of Jewish scripture and Jewish worship practice, Augustine asserted, the very same as that of the New Testament and of the Church.