It Happened, but It Wasn’t Holy or Helpful – Biblical Teaching Against Polygamy 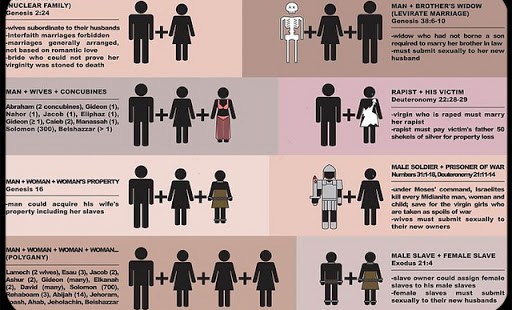 Scripture has a lot to say about the next frontier in “civil rights,” and none of it is good

Some are already coining the term “trouple” or “throuple” to describe “marriages” of three people (of any combination of sexes).

Such moves are not unexpected and are sure to begin coming through the courts and legislatures soon. Clearly, the Catholic Church does and will oppose such moves based on Natural Law and biblical arguments.

But the biblical stance on polygamy is less clear than it is on homosexual acts (which are unequivocally condemned at every historical stage of biblical record). Polygamy, on the other hand, while not envisaged by God in His plan for marriage (see below), was tolerated in biblical history. Some of the greatest biblical patriarchs had numerous wives. And God does not punish them for this. Indeed, He works with them and blesses them to lead Israel.

Yet as we shall see, the Scriptures do teach against polygamy, but more phenomenologically than legally or theologically. In other words, the fact that the patriarchs engaged in polygamy is presented to us as a fact, as a phenomenon, and little direct explanation, defense, or condemnation is given. However, the phenomenon of polygamy almost always led to trouble. And this reality is presented, too, as we shall see.

Thus the Bible does teach against polygamy, but more in the form of a morality tale than a direct condemnation. The fact is, polygamy leads to serious trouble. Departing from God’s plan always leads to trouble. This is all the more so for marriage. So while admitting that the biblical approach is different in the case of polygamy, let’s survey what the Scripture reports of the trouble that polygamy causes.

God’s clear plan for true marriage – When God sets forth marriage as described in the Book of Genesis, there is poetically but clearly set forth a definitive form for marriage: one man and one woman in a stable, lasting, fruitful relationship of mutual support. For God said, It is not good for the man to be alone. I will make a suitable helpmate for him (Gen 2:18). Already we see that “helpmate” is singular, not plural. After teaching the man that animals are not suitable companions, God puts Adam into a deep sleep and fashions Eve from his rib (cf Gen 2:21). Note again that in presenting a suitable helpmate for Adam, God created Eve, not Steve. And so we see that marriage does not include any notion of homosexual union. But neither did God create Eve and Ellen and Sue and Jane as collective helpmates for Adam. And so implicitly and poetically, but clearly, we see excluded the notion of polygamy.

God’s plan for marriage is one man and one woman. Scripture goes on to insist that marriage be a lasting union, for it says that a man shall “cling” (Hebrew = דָּבַק  = dabaq) to his wife (singular, not plural), and the two (not three, four, or more) of them shall become one flesh (Gen 2:24). God then went on to tell them to be fruitful and multiply (Gen 1:28).

So far, it’s clear enough: one man and one woman in a stable, fruitful relationship of mutual help and support.

But then, what to make of the polygamy of the patriarchs (Jacob, Moses, Gideon, David, Solomon, and many others)? Does God approve of this? There is no evidence that He thunders from on high at their seemingly adulterous and clearly polygamous behavior. The fact that they have several wives goes unrebuked, and is mentioned more in passing in the Scriptures, narrated with little shock. For example, Nathan the Prophet has many things for which to rebuke David, but having multiple wives is not among them.