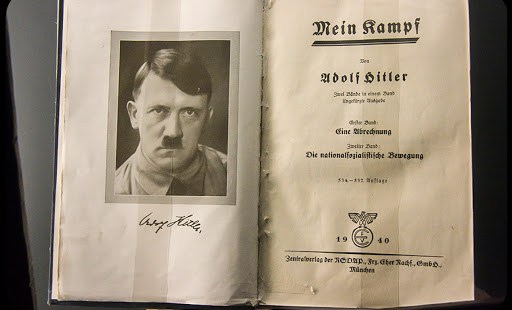 Understanding Hitler (and Adam and Eve)

Dear Fr. Mike: If God knows everything, then he would have known what Hitler would do. In that case, why didn’t God just not make him?

Fr. Mike: Often when we talk about “Hitler,” we are really talking about the question of evil and suffering in the world. Even more to the point, we are talking about the reality of evil and suffering in my life. What sounds like an abstract problem is more truly a cry from a heart that sees and experiences anguish. What does it mean that God knows everything? Classical theology has reminded us of important points. First, God made time. Sometimes, when we try to imagine God creating the universe, we leave out this crucial element. “Before” God made time, there was no time. This means that God is outside of time. In a similar way God is “outside” of the universe. He is always present to all of His creation without being limited to one “where.” In a similar way, God is present to all time without being limited to one “when.”

This might seem like a minor point, but it is essential. In creating something (anything) outside of Himself and giving it a certain degree of autonomy, God runs the risk of it going awry. He could keep propping it up or interrupting misuses of freedom, but that would be no freedom at all. While God holds all creation in order (the only reason the universe exists is because God wills that it exists), He has limited Himself by making room for freedom. God’s power is not limited, but He has chosen to make a world with certain natural laws (things like gravity, chemistry, physics, etc.) and with free beings (angels, humans). Because of this, God cannot violate certain elements of reason nor will He violate the free will of those free creatures He has made.

Since God is outside of time, He can be present at every moment of time. There is no past or future with God; all time is now for Him. For us, if we were to imagine that we knew the future, it would mean that we knew what was going to happen. It is not the same with God. For God, there is no “going to happen”; it is all happening. The main point that I need to call attention to here is that, while God has knowledge, this does not mean that God causes something to happen. Knowledge does not equal causality. We are free, not fated.

Further, when God made this world (and these free beings), He made it all good. What happened? These free beings (angels and humans) did something with their freedom: They chose evil. They chose not to belong to God and to use each other.

Now, the real question (long before asking about Hitler) should be: Why didn’t God stop Adam and Eve (or even Lucifer) from sinning? Because that’s where the whole show went wrong in the first place. The world was going along so well. Why didn’t God just step in and stop Adam and Eve? Even better, if God knew that they would choose evil, why not just not make them? Or not give them freedom? Apparently, God believes that freedom is worth the risk. Worth the risk? All of the pain and death we experience is worth freedom? We know that this world isn’t all there is. If it were, then yes, physical suffering would be the worst thing that could happen. But if people are actually moral and eternal beings, then physical suffering isn’t really the worst thing that can happen to me. There are higher goods than the mere avoidance of pain and death. God made us for greater things in this world and this life.

But that is the problem: In making us in His image and giving us freedom, God made us for greatness. And the greater the thing is, the more potential it has to go rotten. This is what has happened with us. We can be very great, and we can be very wicked. The very thing that makes a Mother Teresa possible is what makes a Joseph Stalin possible.