Selling Our Souls to Trade In Ova, Sperm and Fetal Parts 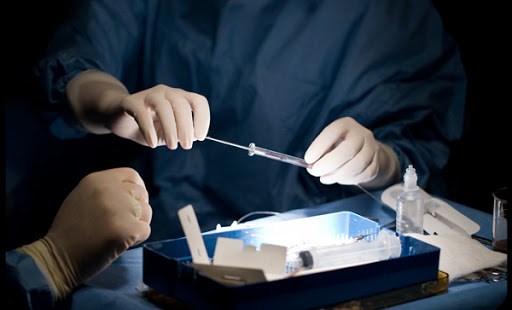 When everyone is a commodity, there is no value placed on an individual life

“Fertility clinics generally charge between $12,000 and $20,000 for each donor-cycle, a week-long process, which, with the help of hormones, can yield more eggs that the one or two normally released by a woman each month. About half of each payment goes to the doctor…. More than 9,500 babies were born from embryos created with donor eggs in 2013….”
—Ashby Jones, “Putting a Price on a Human Egg,” Wall Street Journal, July 27, 2015.

“In a new video just released by the Center for Medical Progress, a former clinical worker at Stem-Express described her job of identifying pregnant women who met certain criteria for fetal tissue orders and to harvest bodily parts after their abortions.”
—Austin Ruse, “Planned Parenthood Investigation,” Breitbart, July 28, 2015.

The Canadian journalist, David Warren, reflecting on Canada’s single-sex marriage laws, stated that the two immediate consequences of such laws are: 1) that every “marriage” relation is now legally “a homosexual one” and 2) that, considered in the light of “civil rights," the traditional view, that marriage is exclusively related to begetting, will be excluded as bigotry. Once marriage is defined as primarily a “friendship” or a “love” with no necessary relation to children, as laws in several countries, including our own, already specify, it follows that what is called “sex” is sterile. It has no intrinsic relation to children. No place is left for that one relation that does relate to children.

This was Warren’s point. To insist that marriage must relate to children is thus “prejudice," a depriving of “dignity” and “rights” for those who claim to be “married” but in a relationship incapable of begetting actual human children. These two words, “rights” and “dignity," lose any relation to the beginning of human life. They become constructs to mean whatever we want them to mean. “Dignity” becomes a tool to reduce reality to meaninglessness. If I, as a male, decide to become a female, my “dignity” is violated by insisting that I remain a male whatever my desires tell me. The fact that my declaring myself female does not allow me to conceive makes no difference. I am what I want to be, not what I am born to be.

Ideas are not static. Once ideas are propounded, they are either coherent or not. If something is even in the slightest wrong in the formulation of an idea or in its relation to the reality it purports to describe, this error will be either corrected or carried out to its logical conclusion by some other thinker. Ideas have “consequences," Richard Weaver famously said. “Consequences produce ideas,” Owen Chadwick also pointed out. Thus, if I claim that “contraception will reduce abortion," that is an “idea." If someone points out that inexpensive, wide-spread usage of contraception saw abortions increase, not decrease that is a “consequence." It indicates either that the first idea was not valid, or that a more drastic solution is called for.

How are we to think about these things? Here, we will consider some ideas about human reproduction. To begin with, although it is a nice story, children are not delivered by storks. The human race does not consciously “put” itself into existence. Death is life’s ending. Every hundred years, usually less, the entire population of the planet is replaced. Almost none of the individuals alive today were living a century ago. Human couples are constantly replacing themselves through new births. Some one hundred billion human beings have thus far lived on this planet, of which some seven billion are currently alive. We cannot know what we are without knowing what we have been. We do not know how long our existence on this planet will continue. We assume that it will be too long a time to bother about.