A Millennial’s Take on the Culture's Acceptance of Abortion

"Throughout my teens and early college years I considered myself pro-choice, without ever seriously thinking about it."

“A person’s a person, no matter how small.”
-Dr. Seuss

My generation doesn’t talk much about abortion. The topic is settled in many people’s minds and further discussion only creates an atmosphere of hostility.  Many women and men who have experienced an abortion never speak of it for fear of judgment or personal shame.  Nonetheless, it is a quiet source of regret and great emotional turmoil for many people.  The politicization of abortion positioned as a women’s individual right creates a forced silence, and has produced a generation that does not want to look at the broader truth and as a result appears not to care.

In my juvenile way I always viewed Sex-Ed class in middle school and high school as embarrassing and mortifying. My gym teacher sat there lecturing in a monotone about how to not get pregnant while simultaneously showing us how to put a condom on a banana. When counseling on the intricacies of sex, our teacher would talk about safe relations and the availability of contraception. Not once was having a baby discussed in the context of sex. We grew up and were taught by teachers, parents, and society in general how to not get pregnant. We were not taught that sex inherently leads to babies.

The cultural message from my adolescence through my early adulthood was that people have sex because it feels good and it supposedly would allow a couple to reach more intimate closeness, even though relationships at that age are inherently temporary and increasingly casual. The potential for sex to create a new life was an avoidable and inconvenient reality; extraneous to the point of irrelevance.

Throughout my teens and early college years I considered myself pro-choice, without ever seriously thinking about it. I was told by my peers, my teachers, the media… that abortion helped women, and that if you were against abortion, you were against women. At the same time, I knew personally that if I ever found myself unexpectedly pregnant, I could not have an abortion. I didn’t ask myself why this was the case, it was just something I felt. I also thought that I could not impose this feeling on other people, and take away their right to an abortion. After that I sort of dismissed the issue. I wasn’t interested in hearing facts from either side, because I had made up my mind. Besides, most of the people I knew and identified with shared similar convictions.

Then I became pregnant during my senior year of college. The idea of abortion took on a whole new relevance in my life. I knew in my heart, instinctually, that if I had an abortion it would ruin my life. So I did the only thing I could do, I kept my baby. I took responsibility for my actions. I started asking myself why I couldn’t have an abortion, and how it was that deep down inside I knew that abortion was wrong. Listening to my intuition, and refusing to let evil infect my heart, gave me the most cherished relationship of my life, my son and the light of my world.

I was barely 8 weeks into my pregnancy when I first heard, and saw, my son’s heartbeat on the ultrasound. He was 12 weeks old in gestation when I could first distinguish his little fingers and saw his acrobatic movements on the screen. Just 12 weeks and he was touching his face, sticking his feet in the air, and doing somersaults. When he was 20 weeks I felt him kick and move inside of me. It’s legal to abort a child who is 20 weeks gestational age in over half of the states in the United States. 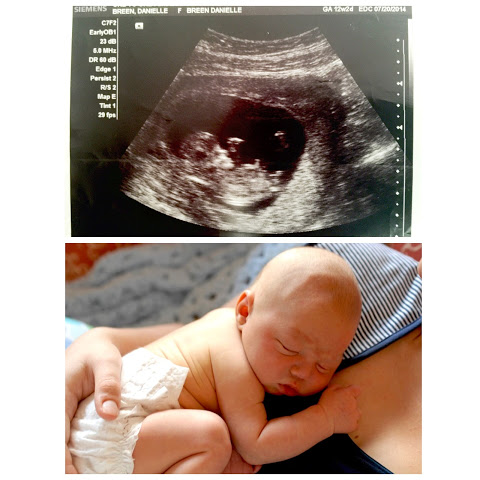 I soon began to realize that cherishing the life of the unborn was not an expression against women; it was an appreciation for the life of